2009 election had more than one milestone 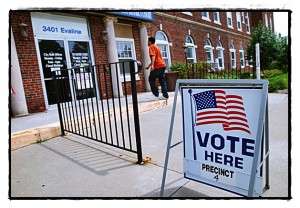 The 2009 General Election is considered a watershed moment in Hamtramck politics.

That’s when Bangladeshi-American voters solidified their position as the city’s major political force.
But that election also produced a troubling revelation.

About 40 percent of the voters who went to the polls failed to file a Hamtramck income tax that year, according to the city’s Financial Director Nevrus Nazarko. Out of the 3,351 voters, a whopping 1,276 voters did not pay income taxes.

Nazarko said he did not look at the list of voters and could not identify if it predominantly represented one ethnic group or another. He also added that the names are not open to public review.

Hamtramck is one of only a handful of cities in Michigan with an income tax.

Nazarko said the city’s dire financial outlook forced him to search for more revenue owed to the city. So, he decided to cross reference the names and addresses of those who voted in the General Election with those who paid income taxes.

“This is another tool in our hands,” Nazarko said in reference to using voter rolls. “With declining filings, we need to turn over every stone.”

Nazarko said he uses other city records, from building permits to Treasury Department documents, to cross reference with his filings.

Letters to the voters who did not file an income tax were sent out on Tuesday. On Wednesday, Nazarko said, “the phones were ringing off the hook.”

Hamtramck’s filing requirements are a bit more stringent than state and federal requirements, as far as the amount earned per year. If you earned over $600 a year, even with any number of deductions, you must file an income tax.

Only those living on pensions or unemployment insurance are exempt, although Nazarko stressed it’s still wise to file. He said the city routinely cross-references its records with state income tax records to catch those who fail to file here but file with the state.

Those collecting pensions or unemployment must still file with the state but the state records that the city uses do not indicate the source of incomes.

That means even if you are on a pension or unemployment, Hamtramck will think you owe the city money.

For those who come forward now, Nazarko said they will have to pay what’s owed and a 10 to 12 percent penalty fee. No criminal charges will be filed.

However, those who ignore the letter and subsequently fail to show up for court proceedings will have an arrest warrant issued against them. Failing to show up for court can lead to a misdemeanor charge with a maximum penalty of $500 and 90 days in jail plus additional penalties and interest charges.

Nazarko said state income tax filings for 2009 won’t be available until April. At that time he will further cross index those who voted here in 2009.

If those records show an address out of the city, that information will be handed over to the City Clerk for an investigation into whether voter fraud was committed.

The matter could even raise the issue of citizenship, conceded City Manager Bill Cooper. He said he will meet with the city attorney to discuss whether federal agencies should be contacted.

Mayor Karen Majewski said she was not aware of the findings. She cautioned there could be any number of legitimate explanations for those who didn’t’ file, but she praised Nazarko for coming up with creative ways to find additional revenue at a time when the city is facing a $3 million budget deficit.

“Hats off to Nevrus for looking into creative ways to collect money we ought to have,” Majewski said.