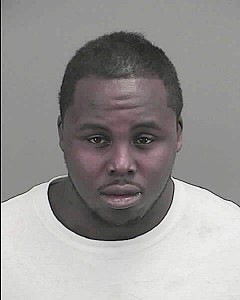 UPDATE: (March 5, 2012) Tonio David Dace, 21, was arraigned today in Hamtramck 31st District Court on 11 felony counts in connection with the carjacking of four women and the sexual assault of three of them.

The incident happened early Saturday morning at about 2: 30 a.m. after the four women had left The Painted Lady bar, which was part of the annual Hamtramck Blowout.

Because of the severity of the crimes, Judge Paul Paruk set bond at $5 million. A preliminary examination is set for next Thursday (March 15) at Hamtramck 31st District Court.

There is a good chance, however, that the hearing will be postponed, said a police source.

A preliminary examination is held to determine if there is enough evidence to support the charges. Examinations are often like mini-trials. If the district court judge believes the charges are justified, further court proceedings are held in Wayne County Circuit Court.

The victims in this incident were not required to attend the arraignment, and their names are being withheld by the county prosecutor’s office. The Review does not publish the names of sexual assault victims.

Dace said he lives with his mother and aunt, and has lived in Hamtramck on Hewitt St. for seven months. He has a 1-year-old child. His family members were not present in court.

There has been an arrest warrant for Dace because he has violated his parole. He was convicted of an unspecified drug offense.

For 14 years The Hamtramck Blowout has enjoyed not one serious criminal incident.

That legacy came to an abrupt end early Saturday morning at 2:30 a.m. Police say four women had left the Painted Lady, which is one of 14 venues participating in the Blowout, and got into their van parked in the dollar store parking lot across from the bar.

Out of nowhere, police say, a man with what appeared to be a handgun also entered the van. One of the women immediately escaped, flagged down a friend driving by and called police.

Meanwhile, the man drove off with the three other women, demanded money and then sexually assaulted them, said Detective Derek Suwalkowski.

Suwalkowski declined to say the nature of the assault.

Police won’t release the name of the suspect until he is arraigned, which could be on Sunday or Monday. However, Suwalkowski told The Review the suspect is 21 years old and recently moved to Hamtramck.

The night didn’t end there for the women. The suspect then drove to a BP gas station and ordered one of the women to get money from an ATM machine. The woman went into the gas station and silently mouthed to the clerk to call for the police. The woman then took shelter in the clerk’s booth.

At that time an ambulance drove nearby and the siren apparently scared the suspect and he drove off again. The suspect then sexually assaulted the women a second time.

The suspect then returned to the BP gas station, called the woman who was still there on her cell phone and told her to come back to the van. He warned her “he’d kill the girls” if she didn’t cooperate, Suwalkowski said.

But, police were on hand at this point and were able to apprehend the suspect without incident.

One of the women was treated at Detroit Receiving Hospital because she was so traumatized.

The women, one from Hamtramck, two from Detroit and one from Lincoln Park, were described as being 28 to 33 years old.

As for the “gun” the suspect had, Suwalkowski said it turned out to be a pellet gun.

Besides a minor drug offense, the suspect has no serious criminal history, Suwalkowski said. The suspect now faces a series of felony charges that combined carry a maximum penalty of life in prison.