31st District Court Probate Officer will be missed by all 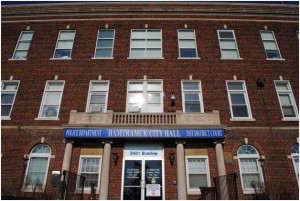 There was a rare moment of injustice earlier this month for the 31st District Court in Hamtramck. Longtime employee Joe Brzezinski passed away suddenly of an undiagnosed illness.

Brzezinski began his tenure at the 31st District Court in 1992 as a volunteer probation officer. After three years he was brought on as an independent contractor, and in 1998 he was hired as the chief probation officer. He remained at that position until his passing on Dec. 8.

While on staff at the court, Brzezinski furthered his education by attending several conferences and classes. He received numerous certifications and was an Assessment and Referral Management Specialist, a Certified Addictions Counselor and a Certified Criminal Justice Professional.

Additionally, Brzezinski was also a mentor to many, including students from Oakland Community College serving as interns in the Probation Department. Well-respected by both them and their professors, 31st District Court Judge Paul Paruk said that one intern actually volunteered at the court for three-and-a-half years after her internship because she thought Brzezinski ‘s teaching methods were invaluable.

“Joe was an exceptional probation officer and used many of his talents to help the clients he serviced,” said Judge Paruk. “He brought a great deal of understanding and patience to his profession, as well as knowledge, availability and communication skills.”

Beyond those that actively sought out his mentorship were the countless people whose lives were touched by Brzezinski as a probation officer. Judge Paruk commended his dedication to the job, saying that despite the challenges his diverse group of clients posed, Brzezinski was still quite skilled at communicating with them the things they needed to do to successfully complete probation.

“He monitored their progress, pushing them if he had to, while being sensitive to the orders of the court,” said Judge Paruk. “Joe was particularly keen with assisting individuals with substance abuse problems and helped many people overcome their addiction. He often took them to AA meetings or sponsored them into AA. For his reward, Joe became a role model to many, many people.”

“It would have been real easy for him to be cynical but he never got that way. He was always looking for ways to help people,” said Kowalski. “He knew that he was human and that he had his own failings, and he could identify with these guys. And people wanted to do right by Joe.”

Court employees also remember Brzezinski fondly, saying that to them he was part of the family. He was known to give nicknames to everybody, and Court Administrator Alice Kopecky said that he was always good for a corny joke, a statement that Court Reporter Connie “Corny” Sacco – Brzezinski‘s nickname for her – was quick to back up. But when asked to describe Brzezinski, like countless others it was something that was difficult to articulate.

“He was like a brother to us, and a father figure to all his probationers,” said Sacco. “But – there are not enough words to describe him.”

For a man who meant so much to so many, Sacco’s statement rings true. There wasn’t a person who knew Joe Brzezinski who didn’t say that they couldn’t put into words what kind of a person Brzezinski actually was. In the end, Judge Paruk summed him up with a final judgment.

“He was an important part of the 31st District Court staff. His good nature and sense of humor was well known among his co-workers as well as Hamtramck City Hall employees,” said Judge Paruk. “He brightened the lives of everyone he came into contact with by using stories, humor or a quick wit. Joe was committed to his wife, the City of Hamtramck and the 31st District Court, and will be sorely missed.”