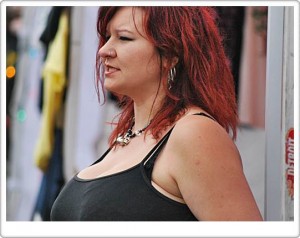 We try to remain upbeat about Hamtramck’s bars and eateries, but this economic slump is beginning to take a toll.
Everyone’s hurting, business-wise.

We’ve already seen the Belmont Bar change hands. The new owner has pulled the plug on rock and roll bands and is instead going for the tried and true formula of a sports bar.

The Belmont re-opened this past weekend. Of course opening during the Labor Day Festival is always a foolproof way to drum up business. And the weekend bar crawl certainly helped.

But we have heard from a few other bars that they are barely hanging in there. Over at Skipper’s, owner Nolan LaFramboise has had enough and is selling his establishment. We recently received an e-mail from Nolan, and here’s what he had to say:

“Folks, it’s time to git on down the road. A younger person can make this a gigantic success. In any case, I love the business but it’s beyond me at this time.

“Please forward this and tell your friends and acquaintances. Building and equipment are in excellent condition and a basic business has been built. Building, equipment, name, website and everything needed to open and operate immediately.

Thanks to all of you who have supported Skipper’s since opening. Hamtramck — I love you — a struggling but beautiful city with a bright future.”

Believe us, if a guy like Skipper can’t make it here, Hamtramck is in a heap of trouble. Oh, one more thing before we move on, Skipper’s will remain open while the bar is on the market.

We asked Cathie Gordon, who has owned the New Dodge Lounge for 26 years, what her take is on the current bar scene.

“It’s very, very slow, unless you have some kind of gimmick,” Gordon said.

Gordon also noted that Hamtramck’s reputation for having the most bars per population has taken quite a hit over the years. When she first opened her bar, there were 151 bars and service clubs operating.

Now it seems like there is only a little over a dozen remaining.

One of the common complaints you hear and read about from bar owners has been the ban on smoking, which went into effect last year. Bar owners across the state have been howling in protest over the ban, saying many of their customers have opted to stay at home and drink … and smoke.

There is talk now among some legislators to lift the ban, or allow a portion of the bars to be sectioned off for smokers.

If it were up to Toast of the Town, we’d scrap that law. Let the customers decide where they want to go.

But we doubt that would help Hamtramck bar owners much. There is a much more insidious problem here: Everyone is broke.
Let’s face it, many of us have lost our jobs in the last couple of years and unless this country figures out a way to create more jobs, we are facing a very serious threat to our collective well-being.

Well, sorry for the rant folks. I guess you could say we need a stiff drink right about now. Anyone want to head over to Skipper’s? Oh yeah, and if you need just one reason to visit Skipper’s, we suggest Thursday evenings when the oh-so-lovely Joanna is pouring. Grrrrrrrr.

Fellas, you’ll see what we mean when you get there.