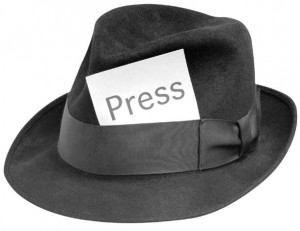 Here’s part two of the Sept. 27 City Council meeting. Councilmembers Kazi Miah and Shahab Ahmed were absent, and the meeting ran for over two-and-a-half hours, which also included a closed meeting.

We pick up after a closed session the council held to consider a lawsuit settlement regarding two lawsuits filed against the city by residents after a citywide basement flooding a couple of years ago, and then again last spring.

The deal was taken up later in the meeting, but the upshot was the city agreed to settle the case for $1.6 million.

Several hundred residents will receive a payment. But it comes at a cost. The only way the city can afford to pay the settlement is through a court-ordered tax levy on property owners.

The upshot is the average homeowner will pay an extra $140 to $180 in the coming months.

And that amount will be about the same that plaintiffs of the lawsuit will receive, said City Attorney Jim Allen.

(This reminds us of an old saying: Watch out for what you ask for; you just might get it.)

The immediate order of business following the closed session was whether to accept a request from Councilmember Kazi Miah to excuse him from this meeting as well as the next two meetings.

Miah said he was making the request for personal reasons.

The request had been placed through a phone call to City Manager Bill Cooper.

Councilmember Cathie Gordon said she did not understand why the request was made through Cooper instead of the mayor. She also chastised Councilmember Shahab Ahmed for not seeking an official excuse for his absences, which as of this night totaled 10 for the year.

She said councilmembers need to remember they made a “commitment” when they took office.

Councilmember Tom Jankowski said being excused for “personal reasons” was not acceptable. He said the council has a right to know the exact reason.

The question of what is an acceptable excuse came up. Mayor Karen Majewski pointed out that the list of exceptions fail to allow for vacations or attending work meetings or other kinds of meetings.

Councilmember Gordon suggested a compromise by allowing this night’s meeting to be excused but not the others until further explanation is provided by Miah.

“People have personal issues,” she said.

And, she added, there are times when disclosing the personal reasons are not “comfortable” and that “you should not be penalized for that.”

In the vote to accept Miah’s request to be excused, only Councilmember Jankowski voted in opposition.

From the public, Rick Sky complained that he has been getting the run-around from the city about getting a permit to open a medical marijuana growing facility.

He said he was told that there is a city moratorium on issuing permits for such facilities.

Sky said that recent court decisions have not outlawed medical marijuana. Councilmember Catrina Stackpoole said she doesn’t understand why the city is stalling on the issue.

City Attorney Jim Allen conceded “we have been struggling with this” issue in light of the court decisions.
He said a Court of Appeals decision has outlawed so-called compassion clubs and collectives.

Stackpoole said that the business Sky wants to operate is allowed by law.

The matter over issuing Sky a permit was not resolved.

(Editor’s note: That’s it for this week. We’ve got nothing to add.)