A good way to promote the city and the DDA 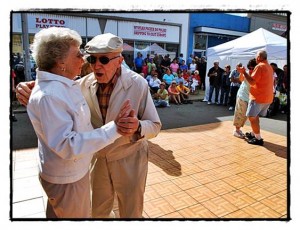 There’s an idea being considered around town to have the Downtown Development Authority take over the Hamtramck Labor Day Festival.

We’re not sure where the proposal is going, but at least on the surface it sounds like a good idea. After all, the DDA district includes all of Jos. Campau, and since the festival occurs on Campau and is the largest city event of the year, it makes sense for the DDA to be in charge.

Having said this, we also appreciate the energy and management of the two volunteers who took over the festival last year. There is no reason the DDA can’t employ the services of volunteers.

It helps to have the DDA to get involved because this should clearly be identified as a city-sponsored event. The DDA also needs to promote itself more, and can easily do this by hitching up with the festival.

More importantly, the city needs to promote the Jos. Campau business district, which has taken a huge hit in this economic slump. It’s no secret that Hamtramck’s main business district is anemic at best.

We need to attract more businesses here, and what better way to showcase what the city has to offer than through the festival?