A night out on the city … 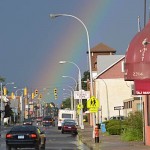 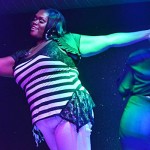 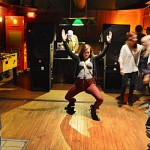 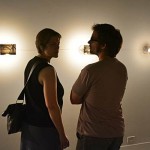 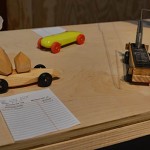 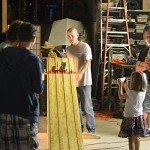 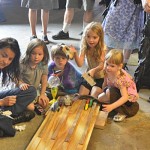 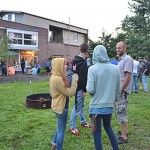 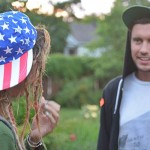 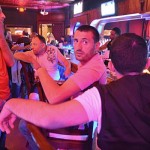 Maybe the rainbow last Saturday evening was trying to tell us something.

At around 6 p.m. a vivid rainbow could be seen arching across Hamtramck, and we kid you not, it looked like it came down on Caniff.

While no pot of gold was discovered, there was plenty of fun to be had. Imagine, starting the evening out with a Polish meal at Polonia (total cost for a party of three, including drinks, $40), and taking in not one but two art exhibits.

Over at the Hatch art collective (located in the old police station next to city hall) an opening reception was held for an exhibit called, “Passage: a Photography Exhibit by PD Rearick.”

After that it was off to Popps Packing on St. Aubin St. for a pinewood derby race. However, these were no ordinary derbies. Some of them had elaborate designs, while others were just funny or whimsical.

One of them was made out of a baguette.

If you have never checked out this art space, be sure to stop by whenever the next reception comes up.

You’d be surprised how watching a few derby races works up a thirst, so it was off to our favorite dive bar, Kelly’s on Holbrook. Owners Brad and Patty were on hand, slinging cold beers and the best ever Long Island Teas.

There was a birthday party to go to next at Capo’s on Jos. Campau where there were plenty of revelers giving the dance pole a workout.

For a little winding down, it was down the street to Celina’s where a growing number of young adults from Ferndale have made this their hangout.

Hamtramck nightlife – check it out.