Adults get their kicks in kickball league 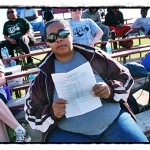 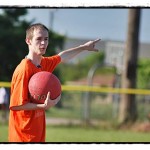 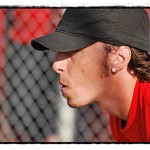 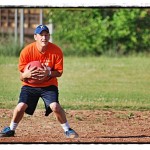 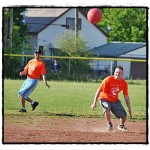 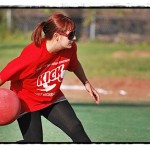 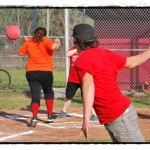 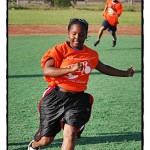 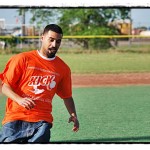 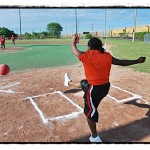 In yet another trend of adults re-inventing games from their childhood – check out dodgeball – kickball leagues are the growing rage around the country.

And Hamtramck is right on top of it.

On Tuesday evening, adult kickball made its debut at Playfair Field, thanks to a new program by the Hamtramck Recreation Department. So far there are six teams, which by the way are each a mix of men and women.

And judging by that debut we are happy to report that kickball is – ahem – a ball of fun.

You’d think kicking a ball would be easy. Ah, my friend, how you so soon forget your childhood. No, this kickball is a big red spongy thing that not only bounces unpredictably, but often the kicker ends up slicing the ball foul.

As it turns out, a soft touch often works wonders.

And we’re also going to predict that the real action happens after the game when players – male and female (heh-heh) — celebrate at any of Hamtramck’s dozens of bars.