American Axle says it will close down last remaining plant 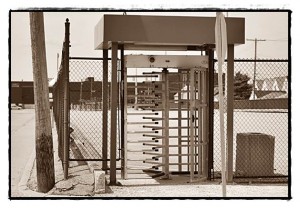 Any hope that city officials had about American Axle & Manufacturing reopening its plants looks like a thing of the past.

Last week, American Axle officials announced it was closing down its last remaining active plant next February and will lay off 300 workers. Company officials said a shift in the demand for parts is the reason work is stopping here.

But according to local media reports, the closing seems to be more about forcing UAW members to take a pay and benefit cut from $45 an hour to $30 an hour.

Regardless, it’s clear where the parts production has shifted: to American Axle’s Mexico plant, which employs about 2,700 workers and is responsible for 28 percent of the company’s global income of $2.3 billion.

The average hourly rate for a Mexican plant worker is $6.94.

The Detroit-Hamtramck plant complex once employed 2,200 workers, and the City of Hamtramck once collected $500,000 a year in property tax and income tax. In 2008, UAW members went on strike over a wage concession demand.

The workers eventually agreed to come back at half the salary they were earning. But it didn’t matter because shortly after the strike American Axle closed down most of the plants at the Detroit-Hamtramck complex and shifted work to Mexico.

The timing of the closing of the last remaining plant is curious to say the least. The UAW contract ends in February, leading to speculation that perhaps work could return with non-union employees.

American Axle officials won’t say what their plans are, but another scenario could be that the plants will be leased out or sold to another manufacturer.

Or, it could be that the plants will forever remain mothballed, adding yet another nail to the coffin of the Detroit auto industry.