As 2020 Census gears up, the city can learn what to expect from past census counts 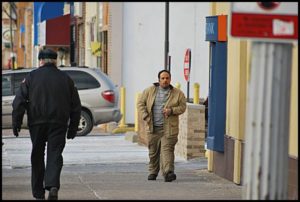 By Charles Sercombe
Now that Census 2020 is about to kick off, let’s take a look at what the 2010 Census found out about Hamtramck.
But first, some historical perspective.
In 1990, the official head count was 18,372 – which many city officials considered to be an undercount by at least a few thousand.
For the 2000 census, the city administration at that time, under Mayor Gary Zych, got serious about getting an accurate count and formed a census committee.
The committee, headed by Shahab Ahmed, sent out volunteers to go door-to-door and encouraged residents to fill out the form.
That was not an easy task.
Hamtramck has long been home to immigrants, and many of them come from countries where you can’t trust the governments.
There is a fear among many folks that the information they provide will be used against them. That lack of trust is still alive today.
The effort, as daunting as it seemed then, paid off. The population count shot up by about 4,000, to 22,843.
In 2010, there was not much of an effort made by city officials, and the city’s population dipped slightly, down to 22,423.
So, what did the 2010 census find?
Here are some of the stats:
Hamtramck’s had a lot of younger folks. About 41 percent were 18 years old or younger. Some 8 percent were 65 and up.
The male/female make-up was almost even, with females coming in at 49 percent.
A little over 50 percent were white, while Asians represented 24 percent of the population and the black community was 14 percent.
Some 42 percent of the city was foreign-born.
Hamtramck once boasted of having thousands of military veterans, but their number had dwindled to 371.
Housing-wise, about 50 percent of the housing stock was owner-occupied. Monthly rents were at $672. Rents have since shot up in recent years to anywhere from $600 to $800 per month – if you can find a place. There were 6,158 households then.
Education-wise, 70 percent of the population were high school graduates, while only 12 percent had a bachelor’s degree or higher.
Here’s a scary number: 50 percent of the city were living in poverty. The rest of us were not doing too well either, with a median household income of a little over $24,000.
For those younger than 65, 16 percent were without health insurance.
Flash forward to today: city officials are now determined to get the 2020 count right, and a committee has been formed, with Virginia Skrzyniarz of the Piast Institute in charge of the effort.

One Response to As 2020 Census gears up, the city can learn what to expect from past census counts