At Hamtramck’s Free School, anything goes 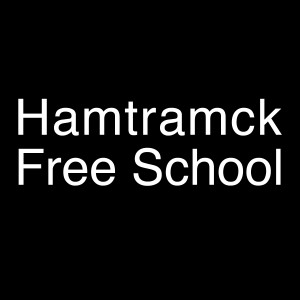 The first part of our article last week detailed the basics of the Hamtramck Free School, a new collaborative learning concept geared mainly (though not philosophically) to adults at this point, and free in all senses of the word.

This week, we sought deeper information from the source, in this case Jonathan Rajewski, one of the co-founders of the project along with Steve Panton and, now, Michael Phillip Brown and Rosie Sharp.

So, Jonathan, how did this project come together?  Who, or what, was the driving force that got this whole thing moving?

“It grew out of an art exhibit called ‘How is Your School?’ that Steve had put together at his 2739 Edwin Gallery about a year ago,” Rajewski said.  “He had also heard, through the grapevine, that I was interested in the free school concept.”

“Anyone can put together a course here and teach it,” he said. “People who attend classes are encouraged to try putting together one of their own.

“We even consider course suggestions from outside, from people who haven’t really been involved here too much of any extent yet.”

How have the courses offered been attended? The biggest response so far, said Rajewski, has been to the “History of Hamtramck” class, which has rather packed them in over the two weeks it has been offered. It was put together by Panton and Greg Kowalski.

They would eventually like to develop the school into a 501c3, or tax-exempt, organization.

“The benefits to that would be that we can eventually produce free materials,” Rajewski said. “We can do this under the banner of being an Educational Institution.”

Interestingly, the school promotes itself not through the now-typical social networking concepts (they don’t even maintain a presence on Facebook or Twitter), but rather, in keeping with their method of origin, by “word of mouth.’’

Nor are the classes always based on a traditional model of learning. One current class explores the notion of movement through “alley basketball,” while another recent offering focused on non-verbal modes of expressing oneself.

Yet another discusses buildings, space and people and the notion of utopias, “heterotopias,” and so on.

Then again others, perhaps more in line with what we think of as “normal” scholastic fare, include a course on Bertolt Brecht, another on planning one’s garden, and yes, even one on painting.

The people involved seem to be making this all work by dint of their own enthusiasm for, and interest in, the notions of expanding where, how and what we learn.

And there will always be room for that.  Even in a city of only 2.2 square miles.