At Maria’s, the future is all about salsa 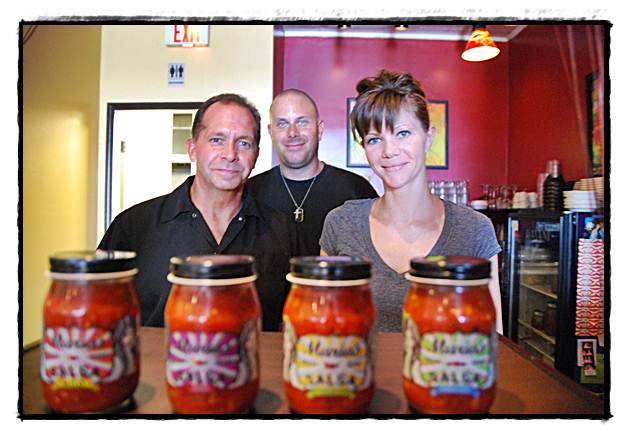 Hamtramck is about to lose one of its most unique restaurants.

After four and a half years of operation — a fact that’s hard to believe in itself – the family Pronko are shuttering Maria’s Comida (at least, the physical restaurant) after the close of business on Saturday, Aug.18, in favor of concentrating on the manufacture of their salsas and other items.

Probably the Detroit area’s only restaurant to successfully fuse Asian and Mexican cuisine, the multi-cultural Pronko family will keep the space open, daughter and part-owner Marie Pronko said, with the notion of also doing some catering, or hosting some private functions, if time permits.

With a little luck, it won’t – they’ll be too swamped with orders for their product, currently marketed under the name Maria’s House-Made Salsa.

Asked whether the presence of a number of other salsas already on the market is intimidating, including local Ferndale-based juggernaut Garden Fresh, Pronko seems more inspired than perturbed by the competition.

“We look at them as more of a role model than a competitor,” Pronko said. “We have a different product, anyway.

Theirs is fresh-refrigerated, ours is more of a specialty. We use fresh-peeled mango, corn cut right off the cob.

So, what products are out there right now, and what new ones might we be seeing soon?

“Well,” Pronko said, “we currently have five salsas out at the moment: Mild, Roasted Habanero, Roasted Habanero with Mayo, Black Bean with Roasted Corn, and Smoked with Ghost Pepper. We’ve also got our Asian-inspired barbecue sauce.
“Within a year, we also hope to be producing our Honey-Lime Salad Dressing, as well as some soups, maybe. My dad (Executive Chef Alan Pronko) has all these recipes in his head. We’ll experiment with more flavors for the salsas, too,” she said.

“The closing of the restaurant will give us more time for research and development, that’s for sure,” she added.
As it stands now, they’ve only had Sundays and Mondays, when the restaurant is closed, for the production of their goods. They sell the salsas out of Eastern Market mainly, as well as a few other places (including Srodek’s in Hamtramck), so they assuredly look to expand their availability in the future, as well.

And, they’ll be revamping their labels, with the help of local graphic artist Ross Kurtis, Pronko said.

Another interesting potential use for the space is as an “incubator kitchen,” wherein other would-be chefs and food makers can experiment with their own culinary ideas. Family friend Chef Tom, for example, can bottle his sauces there, Pronko noted.

So, for Marie, Chef Al, brother Fred, mom Angela, and their couple of other employees (who should be able to stay on, if they choose), there is indeed a change on the wind. But change is inevitable, and they sound more than ready for it.

For the rest of us, we’ll miss the Mongolian Beef Tortilla Wraps, the Asian Flank Steak, the Garlic Chicken Noodles – and the fast, friendly delivery.

There was nothing else like it in town. Best wishes, folks.

For those of you who want to “get it while you can,” Maria’s Comida is located at 11411 Jos. Campau, on the west side of the street and the next building north of Hungry Howie’s/Chicken Shack. Through their closing date of Saturday, Aug.18, they’ll be open Tuesday to Saturday, 11 a.m. until 9 p.m.