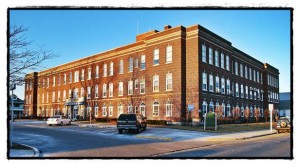 There were few surprises in the audit of the city’s financial situation for the year that lead up to an appointment of an emergency manager to take over.

Auditors from Alan C. Young & Associates presented their findings to the city council of the city’s fiscal year for 2013, which technically ended last June 30.

It was well known during that period that the city was not only in a financial crisis but that it was likely the governor was going to appoint an emergency manager to take over.

A key problem, which was noted in the audit, was that the city was spending more money than it was taking in. That alone is against state law. On top of that, the city failed to make a $2.3 million pension payment.

The audit did not reflect what had happened after Emergency Manager Cathy Square came to town on July 1. Square said since she has been here she has taken care of most of the deficiencies outlined in the report.

Some of those include not distributing tax money to the proper taxing authority, failing to account for the Economic Development Corp. budget, paying a bill without the signature of the city manager and spending $310,000 on sidewalk repairs without first having a capital improvement plan.

The sidewalk repair project, which was aborted after a few days when Square came on board, was paid for from a state road maintenance fund called Act 51.

“I’m working on all these issues, and many of the issues have been taken care of,” Square said.

Square said there will be two more audits coming, one on how federal grants are handled and another one to correct the internal handling of finances.

That audit, she said, will be a blueprint for how the city should properly operate, and it will help ensure the city does not come under the control of the state for a third time.

As for the missed pension payment, Square said the city is in line to receive a state loan to cover it.