Believe it or not, there is an election 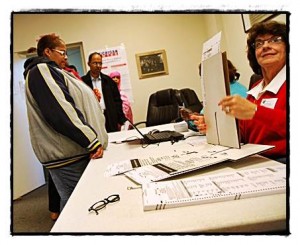 Don’t tell anyone – especially those pesky voters – but there’s an election here in Hamtramck next Tuesday (Aug. 2).

But anyway, yeah, there’s an election, a Primary Election to be exact, to whittle down the field of 13 City Council candidates to six. The top six vote-getters will square-off in the November General Election to see who wins three seats on the council.

Jeez, has this town seen such a lackluster campaign season? There are hardly any campaign signs out, and there’s been precious little noise coming from the candidates.

Besides “Meet the Candidates Night,” at which four of the candidates boycotted it – how lame is that? – there’s hardly been a peep.

Case in point, right before Tuesday’s council meeting, Councilmember Tom Jankowski, who is not running in this election, sarcastically questioned a reporter: “Hey is there an election coming up?”

We don’t know Tom, go ask a candidate, if you can find one.

A few weeks ago we called this campaign season a “stealth campaign.” We were hoping that would remain a joke, but apparently candidates really have gone underground to rally support.

And here’s another strange twist. Last Sunday evening, word got out that a candidate get-together was being held at Aladdin Café – but just the Bengali candidates were invited.

Candidate Robert Zwolak was told about it and went there and was invited to say a few words.

We called the organizer, Akikul Shamin, to explain why only the Bengali candidates were invited.

Shamin said he wants Bengali voters to know they can vote for three candidates.

Wouldn’t there be a howl of protest in the community?

But even a stunt like Sunday’s didn’t stir up attention, except from some of the candidates not invited who spat out a lot of venom but declined to speak on record.

Without a doubt this election could make history here in Hamtramck. The Bengali community could possibly take five out of the six seats on the City Council, giving that community a first-ever majority in city government, and thus ending a decades-long dominance of Polish-Americans controlling city government.

The times, they could be changing.