‘Blowout’ will return, but Hamtramck will have to share 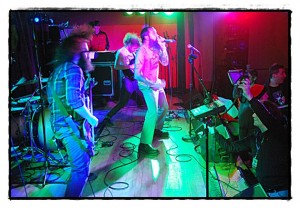 The Metro Times Blowout will be back to one week this year and will take place in Hamtramck as well as in Ferndale.

Yes, there will be a Metro Times Blowout in Hamtramck.

But for the second year in a row, there will also be a Blowout in Ferndale, said Laura Czupinski, the Event and Marketing Manager for Metro Times.

Last year the Metro Times announced it would extend the Blowout to two weeks, with the first week in Hamtramck and the second week in Ferndale. Hamtramck bar owners were upset by the news, saying they feared attendance would be down in Hamtramck as a result of including Ferndale.

They were right. Attendance appeared to take a huge dip in Hamtramck.

Competition between the two cities could increase this year because the live music festival will now be back to taking place the same week, from April 30 to May 3.

“It’s unfair to both cities,” said Cathy Gordon, the owner of New Dodge Lounge, which has participated in the Blowout for a number of years.

“This is all about the Metro Times, and it’s not about communities and working together,” she said. “It’s about how much money they can make.”

The Metro Times was recently purchased by a newly formed company, Euclid Media Group, based out of Cleveland.

Publisher Chris Sexton, who represented the Blowout to the city council for several years, is no longer with the Metro Times.

The Blowout began 17 years ago in Hamtramck and has featured thousands of bands, performers and DJs. Some of the more notable acts to play the festival in the past before finding fame were the White Stripes and Eminem.

For most of those years the festival, which was originally held in March until last year, went off without incident. But two years ago the festival’s good vibes were marred when three women were carjacked and sexually assaulted after leaving one of the bars included in the festival.

One Response to ‘Blowout’ will return, but Hamtramck will have to share