Breaking news … Another shooting reported but police have no information 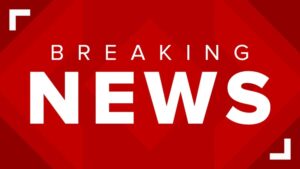 By Charles Sercombe
Once again, residents in the Belmont-Lumpkin area say they heard several shots fired Sunday morning – possibly at the same house that was the target of a drive-by shooting earlier in March.
Residents commented about the latest shooting on social media on Sunday.
Despite those reports, Police Chief Anne Moise said officers checked the scene and found no evidence of a shooting.
“Officers checked the areas including near the location of the last incident; however, no new damage and no shell casings were located,” Moise told The Review.
“There were no witnesses to the incident, other that people that heard shots but could not tell where they were coming from.”
Moise said there were gunshots also heard by residents near the police station and on Caniff on Sunday morning.
As for the March 5 shooting, Moise said there is no new information, nor has there been arrests. One person suffered non-life-threatening injuries in that shooting.
If you do have information about either incident, call (313) 800-5281.
Posted March 29, 2021