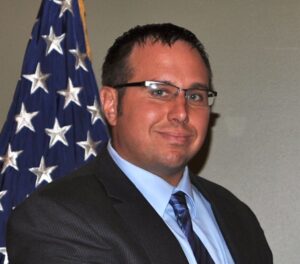 By Charles Sercombe
The city has called for a special meeting Wednesday (June 29) to appoint Max Garbarino as interim city manager.
Garbarino is currently serving as the city’s director of community safety and services.
Current City Manager Kathy Angerer recently announced her resignation, effective July 15. She has said that she has a new job but declined to say where.
Garbarino is the city’s former police chief.
According to the pending council resolution, which is being presented by City Councilmember Mohammed Hassan, Garbarino will be paid $10,000 a month and continue to receive his current benefit package.
In the meantime, the council will also set into motion a request for proposals from search companies to find “qualified and experienced city managers” to apply for the job.
That process can take several months, according to past experiences the city went through.
There is no word yet whether Garbarino would apply to be the city’s new city manager. He declined to comment until after Wednesday’s meeting.
If he does not eventually become the city manager, he will be allowed to resume his current role with the city.
Wednesday’s special city council meeting will be at 5:30 p.m., and it is open to the public. The public will be allowed to comment.
Angerer has held various roles in the city until she was appointed interim city manager in 2017 after former City Manager Katrina Powell’s contract was not renewed by the then-council.
Angerer eventually became the city’s full-time city manager in 2018. Her current contract has no expiration date. According to her contract, she had to give at least a 30-day notice that she would be leaving.
Hamtramck has had five city managers since the city changed its charter to a city manager form of government. The city had been under the control of state-appointed emergency managers because of past financial crises.

4 Responses to Breaking news … Interim city manager to be appointed