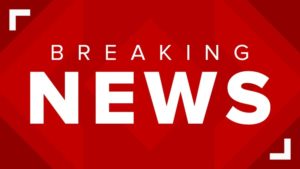 By Charles Sercombe
The Hamtramck Police Department issued a press release today, Friday, July 19, advising women to take extra precautions in light of two recent sexual assaults.
Police declined to go into details about the incidents other than to say both happened on separate occasions, and both involved a suspect described as a black male, about 6-foot, and of medium build.
Police say they don’t know if the two incidents involve the same suspect.

“At this time we are looking at the case from all angles,” said Police Chief Anne Moise.
“Each case involves a female victim that was approached by a suspect while walking alone,” the press release said.
“In the first case the suspect was last seen wearing blue jeans and a bright blue t-shirt with white writing on the front. In the second case, the suspect was last seen wearing white/green shorts with a red shirt.”
The department stressed that if you have to be alone, be pay attention to your surroundings.
“If you feel unsafe or are concerned about suspicious activity, please go to a safe location, preferably somewhere open to the public. Contact police immediately by dialing 911 or calling direct to (313) 800-5280,” police said.
July 19, 2019