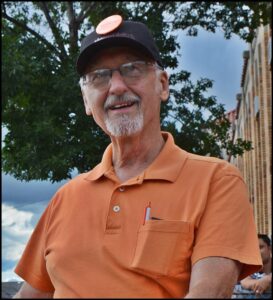 By Charles Sercombe
As we went to press Thursday it was announced that Robert Zwolak, 79, who was elected to multiple positions in Hamtramck’s government, died Wednesday night (March 3).
Mr. Zwolak is a former city clerk, city councilmember and served on the City Charter Commission. That commission successfully produced the city’s current charter, which updated the city’s original charter that was decades old.
He was an outspoken critic of government officials, and a fierce watchdog on how taxpayers’ money was spent.
Mr. Zwolak was a regular attendee at city council meetings, often having a better attendance record than some elected officials.
He also at one time owned and operated a bicycle shop on Jos. Campau and published a feisty weekly newspaper called The Hamtramck Times.
Mr. Zwolak had been battling pancreatic cancer for the past 17 months and was in hospice at the time of his death.
There will be a memorial visitation in honor of Mr. Zwolak on March 19, 2-7 p.m., at Jurkiewicz & Wilk Funeral Home. March 19 would have been Mr. Zwolak’s 80th birthday.

Below is a proclamation issued by the mayor and city council:

ROBERT ZWOLAK
No matter what was going on in Hamtramck for the last 50 years, one thing has always been constant – Bob Zwolak. Bob is a fixture of Hamtramck life and politics. Whether functioning as a local business owner, City Clerk, or City Councilmember, Bob has been through it all and never stopped caring about Hamtramck. A long and varied career brings with it a wealth of institutional knowledge that simply cannot be replaced.

Bob grew up on Charest St., graduated from St. Florian High School, married up (to longtime School Board member Elizabeth Cybart) and raised five children who also became St. Florian alumni. Governor Milliken appointed him to the Hamtramck City Council in 1971, and he was officially on the ballot for the first time in 1972 – and so it began. Bob never stopped running for office, sometimes winning, sometimes losing, all the while operating small businesses like Hamtramck Motors, Hamtramck Cycle, and the Hamtramck Times newspaper.

One would try to apply the “knows where all the bodies are buried” cliché to Bob, but that would not be giving him enough credit. Bob not only knows where they are buried but will make a public case for who buried them, and why they should or shouldn’t have been buried there in the first place.