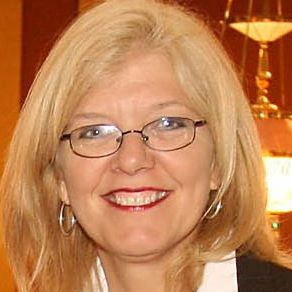 By Charles Sercombe
City Manager Kathy Angerer has announced her resignation today.
Details were not immediately available, other than that she has a new job.
Angerer informed the mayor, the city council and her staff today (June 20) of her decision. Her last day will be July 15.

She told The Review:

“It’s been a pleasure serving the City of Hamtramck, and I wish only the best for everyone in the community going forward.”
She took over control as city manager after former City Manager Katrina Powell left – but first as interim city manager, in 2017.
In a contentious city council meeting, she was appointed as city manager in 2018.
During her tenure, various improvements to the city were made, thanks, in many cases, to county, state and federal grants. Those improvements included; new sewer lines in some portions of the city, increased street repaving, major improvements to Veterans Park and to the historic baseball stadium.
But also, due to increased costs and dwindling revenues to the city, Hamtramck has been forced to operate in deficit spending.
Federal covid pandemic grants have helped stave off some budget shortfalls.
Financial crises are nothing new to Hamtramck. Over the past 20 years, there have been two state-appointed city managers who temporarily took over financial control of the city.
While they were eventually able to balance the city’s budget, it came largely from the help of state loans that the city has been repaying.
Neither state-appointed city manager solved the city’s long-term financial problems. The main financial drain is the city’s pension obligation — which only keeps increasing, while the city’s revenues decrease.
It will now be up to the city council to decide who will be interim city manager until a new one is hired.
We’ll have more details to share in the coming days.
Posted June 20, 2022