Candidate for council weighs in on local issues 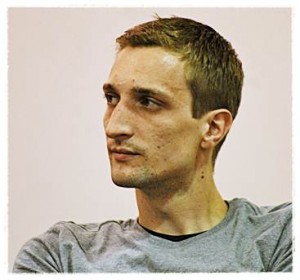 The Aug. 2 Primary Election is just around the corner, and to help voters find out where City Council candidates stand on several local issues, we invited the candidates to participate in a survey.

This week, we have only candidate Ian Perrotta. The following candidates have not submitted their surveys: Abdul Algazali, Abu Mahfuz, Showkat Chowdhury, Dilshad Chowdhury, Anam Miah and Mohamed Delwar Hussain.

Employment: I am self-employed as a rental property manager and am currently in the process of opening a music store (Sticks, Strings and Other Things) on Florian St.

Many cities are facing financial hardship. Hamtramck is also facing a financial shortfall in the coming year or two. What steps would you take to keep the city’s budget balanced?

Perrotta: While a lot of emphasis is often placed on reducing city expenditures, I think it would be wise to try and increase revenue. This can be done in a variety of ways without raising taxes.

One way is through a cost-recovery ordinance that charges a fee to people who utilize the city’s emergency services, like the one Cathie Gordon has proposed. This isn’t to say that if your house burns down you have to pay for the fire department to put it out – that’s what taxes are for – but, for example, if someone is drunk and drives their car through a building, there are a lot of costs associated with that person’s actions and they should be held responsible.

Another way to increase revenue is to bring more people into the city. Although there are numerous benefits to living in the city, I don’t think a lot of people are truly aware of what they are. If there was some sort of concerted effort to try and get people to move here, I think the vacancies could be greatly reduced.

While there are more ways to bring in additional revenue, I don’t necessarily think more revenue is the only solution. Obviously more cuts will have to be made, but in this current economic climate I don’t think we need to tighten our belts any more – we just need to wear pants that fit.

Some cities are turning to merging public services with other communities. Are you in favor of taking this action? If so, what would you propose to merge and with whom?

Perrotta: I am in favor of providing the best services to our city in the most cost-effective manner possible. If that means we have to pair up with another city for some services, then I think there is no question we should merge and consolidate some things.

But if the city cannot maintain its current level of service, then I don’t think it would be a good idea. It should be noted, however, that consolidating services does not only involve police and fire – it can also involve departments like accounting, maintenance, public works and others.

Also, some cities are turning their police and fire departments into one department, often called a Public Safety Department. Under this plan, firefighters and police officers cross-train to be able to perform both duties. Are you for or against this plan? Please explain your position.

Perrotta: I honestly don’t know enough about how Public Safety Departments work to make an informed opinion on whether or not it would be a good idea for the city to implement one. Again, it would depend on the ability of the proposed plan to match the level of service consistent with the current design.

Another option that would be interesting to look into would be the viability of a hybrid department where some firefighters are paid and others are either volunteer or paid by the call. I was a volunteer firefighter for a few years and I really enjoyed it, and I think it’s a great way to help strengthen the community.

How would you rate the job of our city manager? Please explain.

Perrotta: It’s hard to rate the performance of someone doing a job that few people are qualified to do, but I think that given the cards he was dealt Bill Cooper has done an acceptable job.

Of course there will be people who say he has done terribly, but the fact of the matter is that it is amazing how well this city is able to function considering how few people are actually involved in the day-to-day operation of it.

Briefly, what are the strengths and weaknesses of Hamtramck?

Perrotta: Overall, the strengths of the city greatly outweigh the weaknesses. I think one of Hamtramck’s greatest strengths lies in the accessibility of its local government. If someone wants to open a business in Hamtramck, they can go to City Hall and talk to everyone the need to, face-to-face. That isn’t the case in most cities. In Detroit, you would have to go to about four different places, stand in line for hours and even then you would only talk to the lowest person on the totem pole.

Beyond the governmental aspects of the city, location and affordability are two other really important strengths. We are just ten minutes from downtown and ten minutes from the suburbs, yet the city is still affordable enough for someone like my age to own property.

But beyond that, once people are in Hamtramck there isn’t much of a reason to leave. The city is walkable, there are plenty of good places to eat and hang out at and most small-ticket items can be picked up locally. The international diversity is also a great strength and was one of the things that initially brought me to the area.

As far as weaknesses go, I think that at times the city is so diverse that it lacks a cohesive direction. With so many different groups there are so many different interests, and I think sometimes the lack of communication between the groups causes a divergence instead of a convergence. But I think the problems are mostly superficial, because when it comes down to it most people want the same things – a nice safe place to call home, a comfortable standard of living and good friends to enjoy themselves with. Fortunately, Hamtramck offers all of that and more.

What do you stand for as a candidate, and what do you hope to accomplish while in office?

Perrotta: As a candidate, I stand for the city. In order for Hamtramck to maintain its strength and sovereignty, the City Council is going to have to make some tough decisions in the coming future.

I’m willing to make those decisions based on what’s best for the city, and hopefully by the time I’m done I will be able to look back and say that I’ve had a positive impact. If I can leave the city in a better place than it was when I came, then I will have accomplished what I set out to do.

Is there anything else you would like to add?

Perrotta: I would just like to say that in addition to writing for The Review over the past two years, I have also been an active member of the Hamtramck community.

I was the chairperson of the Neighborhood Restoration and Economic Development subcommittee for Weed and Seed for almost two years, I helped organize last year’s Labor Day Festival (though I can’t take any credit away from Kathleen Bittner and Rachel Srodek) and have been involved in numerous other activities and organizations, including initiating and coordinating the effort to get historic designation for the grandstands at Veterans Park.

Though there are plenty of reasons to vote for me, I will leave you with three.

First, I have already made an effort to help better the city. Even since before I moved here I worked to promote it (through the now-defunct organization Habitat for Hamtramck), and since I’ve been here I have actively tried to improve it.

Second, I have the knowledge and ability to be a successful councilman. After writing nearly 300 articles for The Review, I am more than familiar with what is currently going on in the city. Additionally, because of the coverage I have done I have personal relationships with many of the people who are involved in the city, whether they are ordinary citizens, business owners or city employees.

Third – but not finally – I am firmly grounded in the area and am dedicated to making it a better place for all to live.

Because I have several properties and plan on opening a business here, it means I’m not going anywhere.

I may not have been born in the city, but by now I am from Hamtramck. I have real, tangible reasons for why I want the city to succeed, and I know that given the chance I can help make it happen. So when you vote on Aug. 2, remember this: a vote for me is a vote for you.