Candidates give their last shot 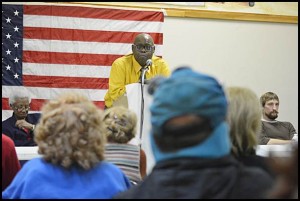 There were no attacks, no bombshells or outlandish promises at last Thursday’s Meet the Candidates Night.

In fact, it seemed more like a mutual admiration club.

But there was one surprise development: Five of the candidates, including mayoral candidate Abdul Algazali, failed to show up.

Hassan told event organizer Heather Martin that he couldn’t make it because he had to work and Musa told The Review that he had a family commitment.

A week before the forum, The Review crossed paths with Algazali at a protest rally in Zussman Park and asked if he planned to attend. Algazali said nothing and abruptly walked away.

The other candidates could not be reached for comment. The candidates are also supposedly part of a slate, but Musa told The Review that he was unaware of a slate and said he supports only himself.

Their absence certainly made for a shorter night, but the no-shows left a number of residents wondering what was up.

“I would relish learning more about the candidates so I can make a measured choice for my vote. I don’t care about the personal ethnicity of the candidates, but rather what their stand is for the future of our community,” said Richard Hyska on his Facebook page.

“Having been left out and knowing very little about the ungracious candidates has me feel like my vote doesn’t matter and leads me to believe that, in the least, they need to learn that ‘united we stand and divided we fall.’ This is especially true today in these uncertain times for the future welfare of our fair city.”

Nick Konke was more blunt: “They don’t care about the city.” 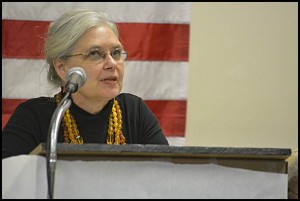 Mayor Karen Majewski, who is seeking her third term, started out the evening outlining her connections and experience with various municipal groups and elected officials.

“I’ve never missed an opportunity to raise our profile and image of our city,”she said.

Council candidate Titus Walters started a theme that ran throughout the night, declining to label himself as a “politician.”

“I just want to serve my community,” he told the gathering of about 40 residents at People’s Community Services.

He also echoed the mayor’s comment that Hamtramck’s greatest asset is its ethnic diversity. But he acknowledged that with diversity also comes division.

“We’re all God’s children, we’re all one people and we have to quit this,” Walters said.

Andrea Karpinski, who was the top vote-getter in the August Primary Election, said morale among city employees is low ever since the city came under a financial emergency.

She said she’ll work to put a “pop back in everybody’s step.” 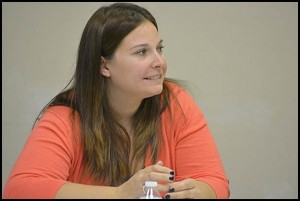 Karpinski also said she’s not a politician, but as a former city employee and current state employee, she would use her experience to make “educated decisions.”

Susan Dunn, who has been a constant critic of elected officials, conceded she may have crossed a line in lashing out. Dunn admitted she has been thrown out of two council meetings and called the mayor a name that “my mother wouldn’t be proud of.”

But she said that at the end of the day, people can put their differences aside and get along.

“You can’t take it personal,” she said. 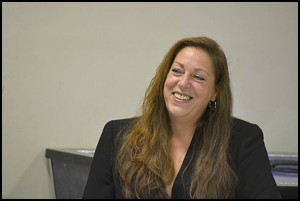 Ian Perrotta, who is one of two candidates running for the partial term two-year seat on council, said he came from Pittsburgh to Hamtramck several years ago after seeing a television news report on 20/20 that said Detroit properties could be bought for as little as $500.

That inspired him to purchase a dwelling in Hamtramck and work with a city grant program to fix up the property. But the city’s end of the deal fell through, he said.

“It kind of crystallized to me that you have to have someone on city council who knows what they’re doing,” he said. “This isn’t a game. It’s not a joke. … It’s all of our lives at stake.”

As for Hamtramck’s notoriously long and contentious council meetings, Perrotta said he hasn’t attended many meetings because “I don’t have three hours to waste to watch a bunch of people argue over something that’s pointless. 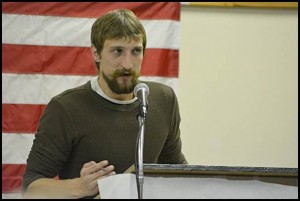 City Councilmember Robert Zwolak had the last word after the forum ended, chastising those candidates who did not attend.

The election for mayor and four council seats is next Tuesday, Nov. 5.