Cat’s out of the bag, Volt to plug into the Super Bowl 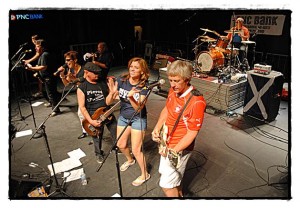 Will the Polish Muslims get their lucky break with the new Volt commercial? Well, if we were in charge, yes indeedy.

Move over Detroit. You had your moment in the national spotlight.

Now, it’s Hamtramck’s turn to wow the television viewing audience of the NFL Super Bowl that’s coming up this Feb. 5.

Last year, Detroit got a huge amount of love from football fans after playing a major role in the introduction of the Chrysler 300.

In this coming Super Bowl, Hamtramck will buzz and crackle in Chevy’s introduction of the hybrid Volt, according to the Facebook site of Hamtramck’s Downtown Development Authority.

(Hey, it was supposed to be hush-hush!)

Filming for the commercial started this past Wednesday. Students from Hamtramck High School, as well as several adults in town, were interviewed to tell their Hamtramck story.

A production crew is filming various scenes of Hamtramck. There is no word on whether a powerhouse music performer will also be associated with the commercial, like Eminem was in Chrysler’s commercial.

Hey, there’s always Hamtramck’s favorite party band, the Polish Muslims, ready to stand in.
Of course, you can’t go wrong with the ubiquitous “What I Like About You” from Hamtown’s other heroes, The Romantics.