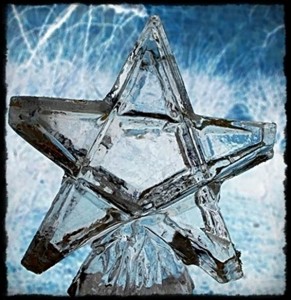 Nothing warms you during winter like a nice healthy glow.

And we know where you can get one.

No, not the bar on the corner. Or the party store on the opposite corner. Note that we said “healthy glow.”
This time we’re talking good, clean family fun. Fun that will be over, well, before most of you other unhealthy-glow types will even be out of bed.

It’s the Hamtramck Recreation Department’s 15th annual Winter Glow, that’s what, and it’s happening tomorrow, Sat., Dec. 3 from 11 a.m. to 2 p.m. only. So get your snow shoes on (we don’t know why), and head on over to Hamtramck High School’s Community Center (that’s the brown-brick building just south of the school itself, at 11350 Charest between Casmere and Caniff) for your glow.

The very best part? Everything is free!

The Winter Glow program actually immediately follows the popular Santa Breakfast in the same building. The Santa Breakfast is held from 10 a.m. to 11 a.m. (or, as the Fall/Winter brochure warns, “until food is gone”), and is for residents 10 and younger who are accompanied by at least one parent or guardian.

You were supposed to have bought your tickets for the Santa Breakfast in advance by this past Wednesday, as they don’t sell them at the door (but keep reading).

Bring your own camera if you want a picture of your kid with Old St. Nick.

And just what does the Winter Glow itself have for you this year?

Well, since the outside temperature during last year’s Glow was so cold, the outdoor activities suffered a bit, and therefore there’s a bit less of those type of things. But, fret not — they’ve arranged a bit more to do indoors, to compensate.

There will still be horse-drawn carriage rides through town for the hardier among you to enjoy, as well as ice sculpting.

Indoors, you will find a couple of inflatable jumper moon walks, as well as the requisite hot cocoa and cookies. Santa will show up here too, so don’t feel like your child will miss out if you can’t make it to the Santa Breakfast. He’ll give kids 12 and under a goodie bag.

No, not that kind of goodie bag. Seriously, you people!

Kids can also get temporary glitter tattoos, or work on some other crafts alongside volunteers from the Library and the Recreation Department.

On a more serious note, kids can also make a Christmas card to send to an overseas soldier, or compose a letter to Santa, which will benefit the Make-a-Wish Foundation (with the help of Macy’s). Also, if you bring two boxed or canned goods, you’ll be entered in a special prize raffle. Gently used winter coats, hats and gloves that you donate will go to the Children’s Center of Detroit.

In short, a good time — snow, rain or shine, indoors or out — should be had by all!