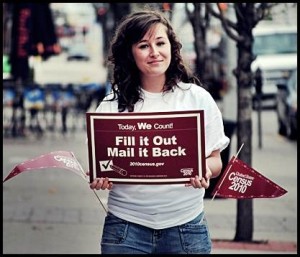 According to the Census Bureau, Hamtramck’s 2010 population head count revealed a loss of a little over 500 people since the last Census count in 2000.

Compared to Detroit, which lost 25 percent of its residents, and Highland Park which reported a drop of 29 percent (from 16,746 to 11,776), Hamtramck weathered a very rocky 10-year period.

To further put things into perspective, the 2000 count was considered a major victory in finally getting a number that reflected reality. At that time, city officials launched an aggressive campaign to make sure the city received an accurate count. It paid off, because compared to the 1990 count, there was an increase of over 4,000 people.

That effort was carried over to the 2010 Census campaign. At the forefront to make sure residents filled out the Census form was the Hamtramck Census Count Committee, headed up by Virginia Skrzyniarz of the Hamtramck-based Piast Institute.

Skrzyniarz said a key factor in making sure residents participated in the Census was recruiting high school students and young adults to help spread the word and to make sure families who did not speak English as a first language filled out the Census form.

The loss of 500 residents is curious. So, just what contributed to that decline? Census analysts will no doubt study this result with great interest. But the drop in residents does coincide with the fact that during the last several years approximately 400 housing units became vacant due to the economic crash and rash of house foreclosures.

Detroit’s dramatic loss of residents – of over 200,000 — is far more perplexing and shocking to many. Detroit Mayor Dave Bing held a press conference on Wednesday to announce a formal challenge to the count.

Where did the people go? It’s no secret that the massive loss of jobs in the state over the last 10 years – some one million of them – forced people to leave the state.

In fact, Michigan was the only state to report a loss in population.

In Detroit, one only had to drive around the neighborhoods to see the increasing number of empty houses.

What does this mean to the state? For sure, it will result in a loss of political clout in Congress.

Tax-wise, it also means a permanent loss of money to pay for services.

One Response to Census campaign paid off