City’s oldest bank is now one for the history books 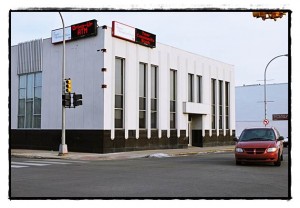 Federal regulators closed down Peoples State Bank last Friday and announced that First Michigan Bank out of Troy was taking over People’s assets and deposits.

Peoples, located on Jos. Campau at Holbrook, had been struggling in recent years to stay afloat, and in the past year had been ordered by the FDIC to merge with another bank. Those in charge of People’s had told this newspaper that a number of loans had defaulted in recent times, causing severe damage to the bank’s assets.

Federal regulators emphasized that individual accounts are insured up to $250,000.

As the saga of Peoples worsened in recent months, a number of customers pulled their money from the bank, further sinking it.

“Our top priority is to assure all customers that their deposits are safe and remain readily available to them. We are excited to bring Peoples State Bank customers and employees into our banking family,” said David T. Provost, chairman, president, and chief executive officer of First Michigan Bank, in a recent press release. “Our mission as a community bank is to continue to provide our customers and communities with localized, highly personalized service and enhanced products so that they, in turn, can achieve their financial goals.”

First Michigan has taken over all of the branches of the former Peoples Bank. The branches were open for business last Saturday.

“Customers should know that it will be business as usual for them,” Provost said. “Banking hours will remain the same. They will handle their banking business at their existing banking offices with the same friendly, local employees that they have come to know. They can rest assured that their deposits remain insured up to the maximum coverage allowed under the FDIC. We will continue to communicate details to all of our stakeholders, and we will work hard to make certain the transition is as seamless as possible for our customers.”

Peoples had been in business for 102 years, starting out here in Hamtramck. The bank focused on the needs of recent immigrants, and for most of its history had only one branch.

In recent years, the bank had begun to expand, with its headquarters relocated to Madison Heights.

First Michigan Bank has been in existence for 10 months, but has grown rapidly during that time.