City Council election results will be counted one more time 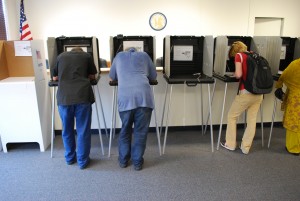 City Council candidate Anam Miah is now the second candidate to ask for a recount of the Nov. 3 General Election ballots. Mayoral challenger Abdul Algazali is also seeking a recount.

Miah, who finished 125 votes behind the third-place winner, said he had read that some of the electronic machines used to count ballots are sometimes inaccurate.
“I hope to make sure it’s 100 percent accurate,” Miah said.
City Clerk Ed Norris said the election machines are tested before each election and that they have been consistently accurate.
No date has been set for the recount, which is under the control of the Wayne County Election Bureau. The ballots are counted by hand and candidates are allowed to have challengers oversee the recount.
Councilmember Alan Shulgon said he will submit a letter of protest. He finished fourth, 100 votes behind the third place winner. He said he suspects Miah, who finished 25 votes behind Shulgon, hopes to advance to fourth place in case there is a vacancy on council.
“The reason he (Miah) is looking for a recount is he’s trying to position himself into another spot,” Shulgon said.
Third-place winner Mohammed Hassan told The Review he might run for the State Representative seat held by Bert Johnson next year. If Hassan were to win that election, the fourth-place winner in the council election would be tapped to fill the council vacancy.
As for Algazali’s reason to seek a recount, that remains unknown. He finished 123 votes behind Mayor Karen Majewski. Algazali has not returned repeated calls for comment.
Majewski has said Algazali’s request for a recount is a “waste of time and money.”
The cost of the recount is $80 for the candidates, but both recounts cost the city an additional $2,500 each, said Norris.
For political junkies, the recount is priceless in gauging voter trends.