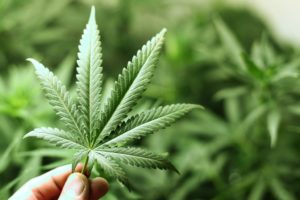 Hamtramck is one of 19 cities in the state that can jump ahead of the line for marijuana retailers to get a license to operate.

By Charles Sercombe
Some members of the city council tried once again at a recent council meeting to ban the sale of marijuana in Hamtramck.
And once again, it went nowhere.
A couple of years ago, there was an attempt to have the city “opt out” of allowing the sale of medical and recreational marijuana here.
Now that Michigan has legalized recreational use of marijuana for adults, another attempt was made, but with two councilmembers absent, it failed in a 3-2 vote.
The resolution was presented by Councilmember Saad Almasmari and supported by Councilmember Abu Musa.
Mayor Karen Majewski and Councilmembers Ian Perrotta and Andrea Karpinski voted against the resolution.
Almasmari defended his resolution, saying that a majority of Hamtramck voters were against legalizing the use of recreational marijuana, and that also marijuana is still considered illegal by the federal government.
Councilmember Karpinski echoed what many others have said about allowing the sales.
“We lose out on (tax) revenue,” she said.
Besides local taxes that could be collected from sales outlets, the city could also share in a state pool of money that only cities that “opt in” – in other words allow marijuana sales — can dip into.
Some have estimated these fees and sales taxes could result in millions of dollars for the state and participating communities.
Karpinski noted also that, with Hamtramck facing a financial crisis, it can’t afford to miss out on this opportunity.
Absent were Councilmembers Anam Miah and Fadel Al-Marsoumi, who have both said they are against allowing the sale and production of marijuana here.
Both said they had work obligations on that council meeting evening when the latest vote was held, although there was some speculation in the community that they purposely missed the meeting to avoid taking a stand on the issue.
The city has been working its way through this issue for several years. Recently, the city attorney worked up an ordinance allowing sales and production, at the council’s behest, but when word got out to the community about an impending vote on it, dozens of residents, mostly from the Yemeni and Bengali communities, jammed into the council chambers to oppose it.
The council held off on the vote, and instead hosted a town hall meeting, where once again dozens of folks attended, with many urging the rejection of allowing marijuana sales here.
Most of the concern was over a perceived increase in crime that such outlets might attract, and the possibility that marijuana will get into the hands of kids.
Since a new governor has come into power, the laws regulating who can obtain a license to sell marijuana have been loosened.
The new rules, however, have only caused confusion, a number of attorneys have said. In other words, it’s guaranteed that there will be several lawsuits over the meaning of the regulations.
One fuzzy aspect is what happens if a city neither opts in or opts out. The law says that anyone who applies for a license in a community that has not taken action on the matter can still get one if that community decides later to opt out.
In other words, if the applicant is approved for a license, he or she can still operate a sales outlet in the community, even if the community decides later to opt out.
But a state official told The Review, off the record, that this may or may not be the case, because the regulation is both unclear and untested.
The fee to apply for a license is $6,000, which is non-refundable. The state will begin to accept applications on Nov. 1.
According to recent media reports, a little over half of Michigan’s 1,773 communities have opted out of allowing marijuana operations. However, communities that do opt out can still opt in at a later date.
Some 126 cities have agreed to allow marijuana operations, including Detroit.
Those in favor of allowing sales in Hamtramck have pointed out that a Detroit sales outlet could be located just outside Hamtramck’s borders – meaning its presence would still be noticed here.
The state is lending a helping hand to 19 cities in the state, including Hamtramck, that were hit hard in the nation’s “War on Drugs” program. The state will allow those applying for a license in these cities to jump ahead of the line of applicants.
As for Hamtramck, City Clerk August Gitschlag said that councilmembers can keep coming back with resolutions to ban marijuana sales.
Prior to the recent council vote, it appeared there were four votes against allowing sales, with two in favor.
It appears that Councilmember Miah, who lost his bid for re-election, and whose term expires Dec. 31 of this year, may be a swing vote.
Miah has told The Review that he is open to reviewing the issue, but isn’t saying how he would vote.
Nov. 1, 2019