City gets into loft development at a bargain price 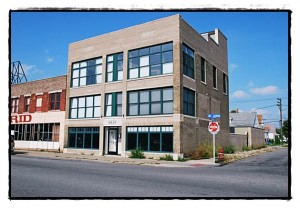 Imagine being able to live in a finished loft here in Hamtramck that’s also loaded with top-of-the line appliances.

But it gets better. You can own one of four of these lofts for the insanely low price of $40,000. The only catch is, they’re not for sale yet.

All of this is possible because the city was awarded a $15 million grant from a national Neighborhood Stabilization Program. It’s actually from the tail-end of Obama’s stimulus plan.

The city will be using most of the money to rehab abandoned vacant housing and to build new ones. The grant will also cover the partial redevelopment of the former Shoppers World.

One of the housing improvements includes a loft project that went broke. Veterans Lofts was a project that developer Chris Bray attempted to complete a few years ago, but then the 2006 housing meltdown occurred.

“He tried to market it for awhile, but he couldn’t do it,” said Community & Economic Development Director Jason Friedmann.

At one time the building was listed for $230,000. Eventually a bank took ownership, but then even the bank walked away from it.

The loft, at Jos. Campau and Goodson, was then picked up by the city for the bargain price of $44,000 – basically the cost of taxes owed.

Friedmann said the city will spend $360,000 to finish the project.

Stay tuned. We’ll let you know when they’re ready to be snatched up.