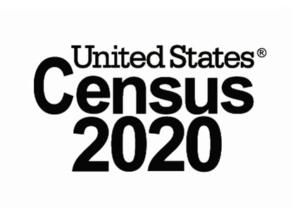 By Charles Sercombe
The Census count is now over.
Recently, a federal court allowed the Trump administration to end the national headcount three weeks early.
The count was supposed to run until the end of October, but stopped on Oct. 15.
So what does that mean?
In all likelihood, there will be an undercount in many inner-cities, observers have said.
Hamtramck’s participation is estimated at about 63 percent. Statewide, the average was about 71 percent.
While Hamtramck’s participation rate was less than the state’s, it wasn’t the worst. Detroit had only 51 percent of its households respond.
According to media reports, a number of wealthier cities and counties recorded high participation rates. Michigan as a whole was eighth best nationally, according to media reports.
Virginia Skrzyniarz, Hamtramck’s Complete Count Chairperson, said she is disappointed that the count ended early.
She said getting the word out about the Census was already challenged by both the COVID crisis and the upcoming presidential election. She said there was a “lack of emphasis on the 2020 Census” by federal officials.
“Communities like ours,” Skrzyniarz said, referring to Hamtramck’s multi-ethnic makeup, “are the losers.”
Mayor Karen Majewski said she is “alarmed” over the early ending.
“I see the low count as a failure at multiple levels — local and national,” she added.
What’s at stake for Hamtramck are federal grant monies and congressional representation. Simply put, it looks like Hamtramck will see a reduction in federal aid for the next 10 years – until the next Census takes place.
The last Hamtramck Census saw an official drop of a few hundred residents – to a little over 23,000.
The city could end up going below that number, even though it is widely believed that there are about 30,000 people living here.
A huge obstacle in getting the word out about the Census was the coronavirus pandemic. It delayed Census workers from visiting households that did not return their Census forms.
Posted Oct. 30, 2020