City’s cultural variety will be on display this weekend 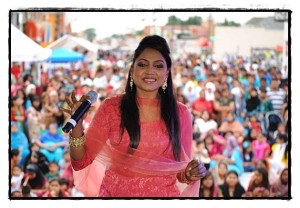 If you plan right, you can see all four major events happening on Saturday (Aug. 19).

By Charles Sercombe
Hamtramck is going to be hopping this Saturday (Aug. 16).
There will be four events going on, but if you plan right, you can go to all of them.
Starting off the day at 11 a.m. is Public Safety Day in front of city hall and in Zussman Park.
Both the police and fire departments will be on hand and displaying their vehicles. Want to sit in the front seat of a fire truck? Climb aboard.
How about turning on the siren of a police car? Have a blast.
There will also be plenty of games and activities for kids – including a bounce house.
A highlight of the event is the tug-of-war contest between police officers and firefighters (along with some help from kids).
The event ends at 2 p.m.
At noon, a group calling itself “Concerned Residents of Hamtramck and Metro Detroit” will host a “Peace for Palestine” march down Jos. Campau. Marchers will meet at 11347 Jos. Campau and will then walk down to Veterans Memorial Park where there will be a rally and speeches about what’s going on in Gaza and the West Bank.
Later, around 5:30 p.m., members of Hamtramck’s Hindu community will hold their annual celebration of Suvo Janmashtani (the birthday of Hare Krishna), starting in the city-parking lot on Caniff and McDougall.
If you have never seen this before, be sure to stop by. The women dress in exotic and colorful outfits while performing native dances. It’s a feast for the eyes and ears.
The gathering then parades up to Conant, down Trowbridge to Jos. Campau and back to the parking lot.
The Bangladeshi community will also be on display this weekend with their annual festival on Conant and Caniff, Friday through Sunday.
There is no official starting time, but things generally get going around 8 p.m. and end around midnight. There will be plenty of Bengali food to sample and out-of-this-world performances to enjoy.
This is one of those weekends that make Hamtramck the most unique community in the whole metro area.