Closing a bar can be a tall order 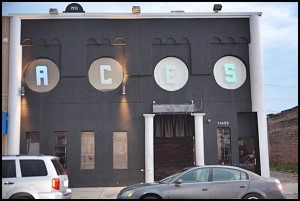 Although many in the community want to see Club Aces at 11425 Jos. Campau closed down, it’s up to the state’s Liquor Control Commission to make that decision.

By Charles Sercombe
There is certainly no shortage of complaints about Club Aces on Jos. Campau.
But the question is: Will those complaints have the legal weight needed to close it down?
In a recent public hearing held on whether to seek the revocation of the bar’s license, Police Chief Max Garbarino read from a long list of instances, including fights, disorderly conduct, thefts and shootings that occurred in connection with the bar.
“We’ve never had an establishment with this many incidents,” Garbarino said.
Perhaps the worst case involved the very people hired by the club to protect patrons: the security personnel.
According to Garbarino, on May 25 several patrons were thrown out for being unruly, One of those tossed out returned with firearm described as a “machine gun” and opened fire.
Three people were struck, but none fatally. What happened next was even worse.
Garbarino said a security guard left the club and began firing at a group of people running away – none of whom were known to be connected with the shooting.
Upon questioning when police officers arrived, security officers denied any knowledge of what happened. A review of the security camera tapes, however, revealed another story, including the head of security taking the gun from the guard who had fired randomly at the fleeing crowd and placing it in the club’s safe.
One or more of those security guards are facing possible criminal charges.
Although the bar has long been a nuisance — and there were several residents at the hearing who testified to that — closing the bar down is no slam dunk.
As the bar’s attorney pointed out, few if any of the incidents cited actually happened inside the bar. Instead, attorney Gary Miotke said, “it’s a matter of personal responsibility.”
In other words, it’s not the bar’s fault that people who attend the club did something bad outside of the bar.
At the end of the hearing the council unanimously approved asking the state’s Liquor Control Commission to revoke the bar’s license.
But according to a source familiar with the process, the city doesn’t stand a chance, at least as the case is being presented.
The source told The Review, on the condition of anonymity, that because there was no compelling incident reported happening inside the club, the LCC won’t likely revoke the license.
It is not clear how soon the LCC will respond to the city’s request, and in the meantime the bar is allowed to continue operating.
Club Aces hosts DJ/dance parties on the weekends and is generally closed during the week.

One Response to Closing a bar can be a tall order