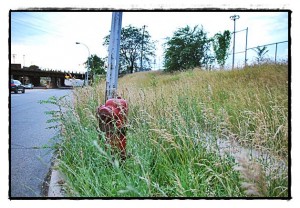 A few years ago Wayne County ran an advertising campaign urging county residents to allow their grass to grow on the longish side to help preserve water and energy.

The county may have taken that message to the extreme with its own property.

Case in point: the grassy area at the viaduct on Conant is overgrown to the point where it’s almost four feet high – enough to tower over small children.

Councilmember Tom Jankowski said he’s had enough and is demanding the county step up and maintain it.

Hamtramck used to get the attention it needed when former County Commissioner Moe Blackwell represented the city. He lost his re-election bid and a familiar face to Hamtramck took over: former State Sen. Martha Scott.

It just so happened that one of Scott’s representatives was attending a City Council meeting when the issue came up. The representative said it was his understanding that the city had a special arrangement with the county.
Jankowski said there was no “deal.” It was just a matter of the city complaining, he said.

That was last week. Flash forward to Wednesday, and Marty Ladd, the city’s Director of Public Services, said he’s still trying to get the county out.

Hamtramck may be waiting for awhile. The county currently has a $160 million budget deficit and is considering closing down the eastside’s one and only water park to save money.

It begs the question: If the county is closing down a water park in the midst of a blistering heat wave, what are the chances of Hamtramck getting its grass cut?