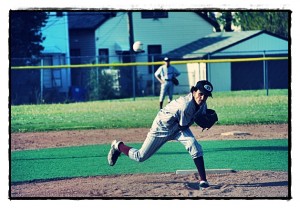 After two-thirds of the season, the Hamtramck High Cosmos are closing in on their original goal of winning half their games.

With a current record of 5-9, the team is just four games shy of finishing the season at .500, and if the last few games are any indication, the goal is well within reach. The team has seven games that have yet to be played.

Last Thursday (May 6), the team played an impressive doubleheader against Academy for Business and Tech. The Cosmos came out strong and took charge of the first game early, quickly taking the lead after the first few innings. The lead was not relinquished to the Gators and Hamtramck ultimately won 10-3.

The second game was as impressive as the first, with the Cosmos winning 8-3. As was the case in the previous game, the Cosmos took an early lead which they refused to yield. Pitchers Omar Thabet and Jarkkari Bonner turned in some remarkable performances from the mound that helped clinch victories in both games.

Unfortunately, the momentum did not carry through the weekend. On Monday (May 10) the team traveled to Harper Woods but was defeated by the Pioneers 10-0. But despite that setback, Head Coach Carl Norin was still pleased with the overall performance of the team on the season.

“The team is playing pretty good, but we’re young and the fundamental errors are what’s killing us,” he said. “But all-in-all, it’s been a good season and I still believe we can finish with a .500 record.”