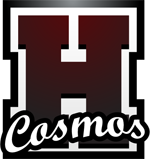 By Alan Madlane
The Hamtramck High School boys’ varsity basketball team just might be a slam-dunk for a championship year.
The Cosmos has been beating some top-ranked teams this season, and it looks like they could go all the way.
So far, their record is 5 wins and one loss and are currently ranked number six in the district stats.
We spoke with the team’s head coach, Dennis Foster, by phone (along with HHS Athletic Director Brian Anderson) about the team’s success this year.

The Review: So, what’s the story with this year’s team? Have they been anything of a surprise to you, with their performance so far?

Coach Foster: Honestly, no. But maybe they have been for everyone else?
They were good already last year. Even better this year.

The Review: To what do you attribute their recent success?

Foster: These kids have all been together for quite a while, since elementary school. They’ve travelled all over the U.S., together. They’ve been following this thing called “Change the Mentality” – you can look it up on Youtube.
They really pull for each other.

The Review: How many years have you been involved with the team, or with Hamtramck High School athletics?

Foster: I’ve been coaching here for eight years now. I’ve been the head coach of the boys’ varsity for, let’s see, this is my third… no, fourth year.
Before that, I coached the girls’ varsity team, and also the boys’ junior varsity team.
I’m also the Assistant Athletic Director here.

The Review: Have certain players upped their games this year, shown sudden improvement? If you can say so without causing any issues…

Foster: This is a very unique group. We have six or seven guys who are all doing well.
I can mention one player – Javier (pronounced “JAH-vee-air” – Ed.) Whitaker. He’s a senior, combo guard, plays the point and shooting guard.
He’s “on the bubble” for consideration for Mr. Basketball (a state-wide award bestowed upon the top player annually. – Ed.) Born and raised here, went all through school in the city.
He’s had a 40-point game this season. He was All-City, All-State last year.

The Review: What’s the rest of your schedule?

Foster: We have a game today (Feb. 24) against University Prep. Another against Clover Academy. These are top-10 teams.

The Review: How about the playoffs?

Athletic Director Brian Anderson: They start March 22. Everyone is in, the whole state, split into four divisions.
We’re in Division One.
The Review: Well, best of luck to you, and to them!
Posted Feb. 26, 2021