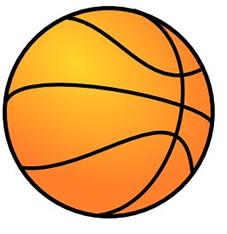 By Ian Perrotta
Review Staffwriter
The Hamtramck High boys’ basketball team broke a four-game losing streak with a resounding win over Frontier Academy. Last Friday (Feb. 12) the Cosmos beat the Knights 76-60.
Despite the final score, the game was much closer throughout. The Knights were led by Salah Alawadi, who had 33 points, and Hassan Shelton, who had 12 points. Between the two of them they were able to keep Frontier within striking distance.
“Every time we would pull away from them one of those two guys would make a play to keep them in the game,” said Head Coach Mark Nezich.
Fortunately for Hamtramck, they had an answer for the Knights. Sophomore Nadis Ahmic led the team in scoring with 14 points. Senior Javontae Hines scored 13, and Tarik Cehajic finished with an impressive 10 points, 13 rebounds and four blocked shots.
The thrill of victory was short-lived, however. On Tuesday (Feb 16.) the team lost at home to Lutheran North 63-44. The team must have had too much paczki, because Nezich described the game as one of the worst shooting nights of the year.
“We really did not play well, especially shooting,” he said.
However, there was some good news from the night. After about three weeks of being ill, Junior Anthony Nrecaj was able to play an entire game. He scored 10 points.
The Cosmos next two games are tonight (Feb. 19) against Detroit City High School and Tuesday (Feb. 23) against Royal Oak. Both games are at the Hamtramck Community Center. Tipoff is at 7 p.m. on both nights.