Councilmember dishonored the public’s trust with his absences 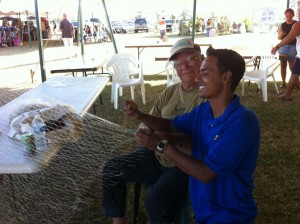 The resignation of City Councilmember Kazi Miah raises a number of concerns and questions.

First and foremost, it looks like Miah had no intention of returning to the council when he took off for mysterious reasons a few months ago.

In plain talk, Miah took advantage of the trust his colleagues had in him. And Miah also burned the trust of the community that he so emphatically promised to uphold when he ran for council.

His sudden resignation on the day after last Tuesday’s election is also suspect. What in the world was with that timing?

On Facebook, Mayor Karen Majewski took Miah to task for resigning right after the election, Miah defended his timing, saying he did not want to disrespect the candidates running for office.

What does that mean?

If Miah had any understanding of the word respect, he would have resigned months ago in order to allow his replacement to get to work and represent the people.

Instead, Miah refused to say why he was absent and derelict of duty.

As it turns out, he moved to Hawaii in order to be with his parents. He said his father had suffered a stroke and was told to recuperate in a warmer climate.

Is there a reason why Miah could not have been upfront about this at an earlier date?

We can partially blame this confusion on the muddiness of the City Charter, but in our mind it’s the next highest vote-getter from last Tuesday’s election. The charter says the candidate with the next highest votes from the “last” general election is eligible to fill the vacancy.

Some in town, however, say that since last Tuesday’s election had not yet been certified at the time of Miah’s resignation, the “last” general election is from two years ago.

“Thanks,” Councilman Miah, for making the city spend who knows how much in legal fees trying to untangle this one.

The council now needs to take a closer look at the issue of excused absences from council meetings. Miah fully exploited that process. The city needs to be able to root out those who choose to work the system for their own benefit.

And while we’re at it, how about withholding any council salary owed to Miah since he has been so dishonest about his intentions? If Miah has already paid up to date, the city should demand its money back.