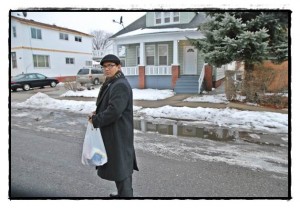 That’s been the talk among political circles over the past week in an otherwise lackluster campaign season.

Last week Hassan submitted a stack of applications – 31 to be exact — for absentee ballots filled out by him and signed off by would-be voters.

While it is OK for a candidate to help fill out the applications, it’s considered suspicious, at least by the folks in the Secretary of State Election Bureau, if a candidate submits several absentee ballot applications at once.

According to a spokesman from the Michigan Secretary of State Office, it could be a case of “soliciting” for votes, and it’s also considered a felony if true.

The Review tried to reach Hassan several times but all calls went to his message service, which was not accepting any more messages because it was full.

According to the Secretary of State spokesman, it is recommended that when local city clerks encounter such a situation, it’s best to turn the matter over to the county prosecutor.

City Clerk Marie Kendzierski said she sent Hassan a letter telling him not to repeat this action. Acting City Manager Kyle Tertzag said the city attorney is looking into the matter.

According to Kendzierski, Hassan signed off on saying he assisted voters in filling out the applications. There is no wrongdoing in that part, according to the Secretary of State.

Hassan is seeking a second term on city council.

Kendzierski said that out of the 31 applications submitted by Hassan, five were disqualified: three because the applicants were non-residents, one because the would-be voter would not be of voting age by the time of the election and the other because the voter had moved but had not updated his new address with the city.

All of the other applications will be accepted, Kendzierski said.

“You can’t fault the voter,” Kendzierski said of the possible wrongdoing on Hassan’s part.

In other developments, did you know the Aug. 6 Primary Election is just seven weeks away?

Sheesh, time is flying by, considering that today (Friday, June 21) is the first day of summer.

Any unregistered voters out there must register to vote 30 days before the election, which would be no later than July 8.

Qualified voters must be US citizens, of course, and be a Hamtramck resident and be at least 18 years old by the time the election is held.

Also note that anyone who registers to vote will automatically be referred to the city’s Income Tax Department to make sure he or she has been paying income taxes.

And yes, Hamtramck has an income tax for residents as well as non-residents. Residents must pay a 1 percent income tax while those who work here but don’t live here are required to pay 1/2 of a percent of their total wages.

Signs, signs, signs. It never stops. Every election year candidates complain that their lawn signs have been stolen. Let it be known that the first victim of this crime – yes, it is a theft crime – is none other than the president of The Review newspaper, John Ulaj, who is running for mayor.

Ulaj said that recently several signs were taken from a one-block stretch on Gallagher between Casmere and Commor.