Councilmembers need to take a deep breath before they exhale

Things are getting a little overheated in City Hall these days.

By the accounts of some city officials, you’d think the city was on the brink of a financial collapse.

Can we say something?

Calm down folks, and let’s put our heads together instead of pointing fingers and looking for someone to blame.

What seems to be at the center of this great upheaval is the Water Department budget. You can read all about it on the front page of this issue, but the crux of the concern is that the department spent $3 million over the past several months and racked up an $800,000 deficit.

Or so the claim goes.

City Councilmember Tom Jankowski is calling for the firing of City Manager Bill Cooper. Councilmember Cathie Gordon wants Finance Director Nevrus Nazarko gone too, because she feels he should have caught the budget meltdown long ago.

He said that, while it’s true the department spent $3 million over the past several months, that’s nothing unexpected.

And more importantly, there was never an $800,000 deficit, he stressed.

Both Cooper and Nazarko admit there is a $37,000 deficit, but that number is being whittled down.

The problem, they said, was that water bills were not going out in a timely manner, and that issue was made worse when the only person in the Water Department who knew how to produce the bills had to take an extended medical leave.

The little factoid about having only one person knowledgeable about producing water bills was not known to the administration.

Long story made short, the administration now has people cross-trained to produce the bills, and the bills are now up to date.

The money will come in, and if money runs short in the meantime in the Water Department, the city’s General Fund can cover the expenses until money starts coming in.

There it is folks, in a nutshell.

The sky is not falling.

But there is certainly plenty of political manure being spread around. 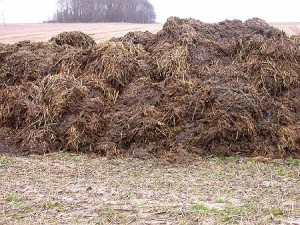