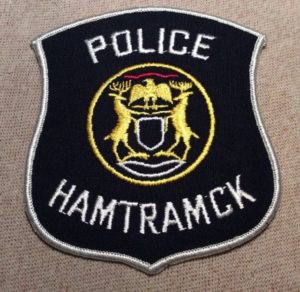 By Charles Sercombe
Hamtramck police officers once again nabbed armed robbery crews.
Last Friday, there were two incidents involving suspects using a black Chevy Impala as a getaway vehicle.
The first incident involved two suspects attempting an armed robbery in the afternoon in the area of Ellery and Caniff.
They picked on the wrong victim.
That person, when told to hand over his money, explained to them he simply had none. For that, the victim was pistol whipped, and then the suspects fled.
Javan Jackson,18, of Detroit, was charged with that assault along with other felony charged that include: Armed Robbery involving a serious injury; assault with Intent to do great bodily harm less than murder; carrying a concealed weapon, assault with a dangerous weapon, felony firearm.
Jackson was the only once charged in that attempted robbery and assault.
Later in the day, the four suspects were seen stealing packages from porches in the area of Mackay and Pulaski.
They once again made their getaway in an Impala.
Officers caught up with them and pulled them over.
Jackson also was charged with stealing mail.
Also charged with that crime were: Malik Charleston, 19, of Hamtramck, and Taven Snerling, 17, of Detroit.
The stolen packages were retrieved.

Another robbery crew was arrested recently for two robberies from Dec. 30. Two men and a woman reportedly used assault rifles in the incidents.
Arrested were: Larry Bailey, 30, and Allante Williams, 27. Both are Detroit residents, and both are habitual offenders.
The woman was arrested but later released without charges.
Back in November, officers nabbed three suspects who went on a two-day armed robbery spree.
In other crime news, a suspect possibly linked to a number of garage break-ins was arrested last December.
Some residents got a glimpse of the suspect, whose description always had one key thing in common: His “getaway vehicle” was a bicycle.
On Sunday, Dec. 28, his luck ran out.
In the daily incident report issued by the department, it was noted that the suspect, who is a Detroit resident, was arrested in connection with those break-ins.
The arrested occurred at 11:30 at night. There were few details released, but it was reported that the suspect was arrested for obstruction, possessing “dangerous drugs,” and possessing burglary tools.
The suspect also attempted to flee on his bicycle but was apprehended in the area of McDougall and Carpenter streets.
Jan. 17, 2020