Crime-wise, the virus scare has been a deterrent 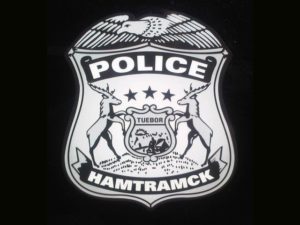 By Charles Sercombe
There is one good thing to be said of the coronavirus pandemic:
Crime in Hamtramck has gone drastically down. Well, at least what people report to the police department.
During the past two weeks, there have been only two to five crimes reported each day. In a typical week, there are numerous crimes and accidents reported each day, give or take a few.
Of course, it helps that the governor has ordered people to stay at home — except for those performing what is deemed essential work, and for households to get groceries and seek medical help.
With fewer people on the street, there are obviously fewer chances for crime to occur.
Most appeared not to be serious, but notably, there was a break-in at a pharmacy on Jos. Campau, north of Caniff. Officers chased the suspects, and soon after arrested both a Detroit resident and a resident from Warren.
And also, there was an attempt to rob an armored truck. No details were provided about this incident.
As for non-essential businesses obeying the state’s order to shut down, at least two businesses were found to be in violation, and subsequentially threatened with being ticketed.
We reached out to Police Chief Anne Moise, but as of press time had not heard back.
Posted April 3, 2020

2 Responses to Crime-wise, the virus scare has been a deterrent