Despite downtick in attendance and earnings, festival was successful 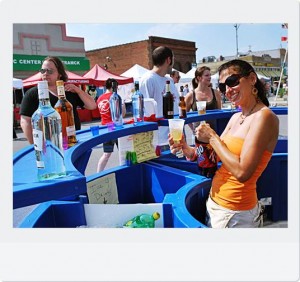 Although it wasn’t the best weather we’ve had, this past weekend’s Labor Day Festival was another success.

And yes, attendance was down, and sales of food and beer were about half the amount compared to last year.

Still, the festival attracted a decent number of people, which confirms that Hamtramck knows how to throw a good party.
Of course, a large part of the festival’s success is due to the tireless energy of organizers Kathleen Bittner and Rachel Srodek Karpinski and a core group of volunteers (for the names, see the letter-to-the editor on this page).

This is the first year that the city’s Downtown Development Authority was in charge of the event, and we think it’s a partnership worth preserving. While this year’s festival lost money, by about $11,000, it’s worth the promotion and good public relations the city receives.

Not to dwell on the negative, but the extreme hot weather on Saturday, rain on Sunday afternoon and unseasonable cold wave on Monday also affected turnout at the much larger Arts, Beats and Eats held in Royal Oak.

Holding a festival over Labor Day weekend is always a roll of the dice when it comes to Mother Nature.

There was some talk of maybe holding future festivals a week before or after or maybe even earlier in the summer to avoid competing against Arts, Beats and Eats as well as Detroit’s jazz festival.

Hamtramck was the first community in the metro area to hold a festival during Labor Day weekend, and it would be a shame if we had to abandon that tradition.

But we should be open to at least exploring the idea of holding the festival during a different weekend.

However, our guess is that we would not get the turnout we now get. And remember, too, that until a few years ago, the festival was barely drawing anyone, because it had so little to offer.

This festival has enjoyed a resurrection, and we need to keep ramping it up. Organizers say they will start planning for next year after taking a breather for the next month.

We’re confident that next year’s festival will be even better, thanks to the dedication of its volunteers and the DDA.