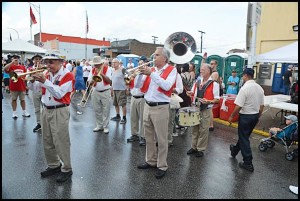 By Charles Sercombe
(Sept. 7, 2018) One thing you can say about this year’s Hamtramck Labor Day Festival, it had its ups and downs, and ins and outs.
It was because of the wild weather.
First it was the heat, then the brief outbursts of rain and then the soaking humidity.
That combination resulted in what appeared to be a lower than usual attendance, but a spirited one for sure.
This was the 39th year for the festival, and it has had a history of plenty of other bumpy rides.
But in recent years the festival has rebounded and considering it’s put on with a shoestring budget of $85,000, it’s been a success.
One observer has called it a prime example of a festival put on by the people for the people – a people’s festival.
That’s because it relies on unpaid volunteers to organize it and help with cleaning up the grounds each day and staffing the beer booths.
This year was more special with the performance of Motown legends Martha and the Vandellas, who paid a special tribute to Aretha Franklin who recently passed away.
One almost-casualty was the Polish Day Parade, which came close to being cancelled when a torrential rain and wind whipped through the city right before it was to start.
The parade, however, was delayed by only about 20-30 minutes, and onlookers stuck around to make it festive and hometowny.
Tigers’ pitching legend Denny McLain – he of the 1968 World Series Champs fame – was the parade marshal. At the grandstand, he thanked the city and seemed genuinely surprised by how organized the parade and festival was.
“I respect Hamtramck more than ever now,” he said.
There was also the yearly “canoe race,” and it has continued to grow and grow in participants and fans. It has now doubled in size and rowdiness.
It’s amazing how people can weaponize water balloons, squirt guns and plain old buckets of water.
The race consists of teams – mostly from our local bars – who build their own “canoe” on wheels, with one team member riding in the canoe while another pushes it down a one-block stretch on Jos. Campau. At the end of the block, the team members switch positions and race back to the starting point.
In the meantime, folks looking on are encouraged to pelt the racers with water balloons and anything that can hold water. Just about everyone leaves soaking wet – which in the heat was an added relief.
The winner? Does it matter? Well, OK, the Polish Sea League.
Kudos though goes out to Painted Lady Bar which had the most “canoe” looking ship.
And a bigger shout-out goes to Outer Limits Bar for bringing added humor with having their canoe fitted out with a guy playing the snare and bass drums (and, yes, cowbell) and the team members looking like members of the band, Devo.
(Maybe this event confirms we have all truly reached a level of de-evolution that the band sang about back in the 1980s. Although, arguably, Hamtramck has always been way ahead of the curve.) 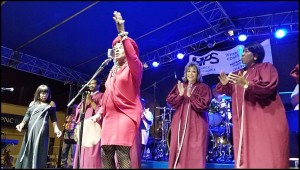 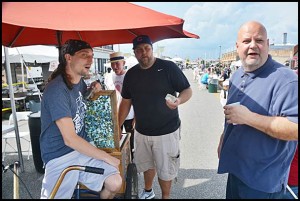 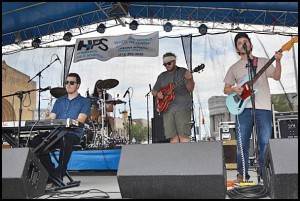 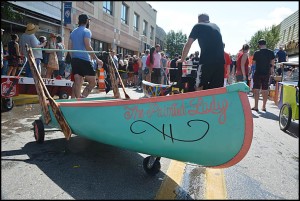 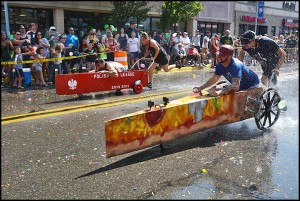 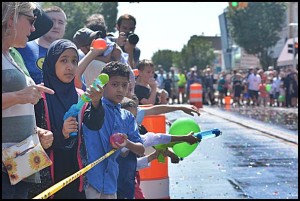 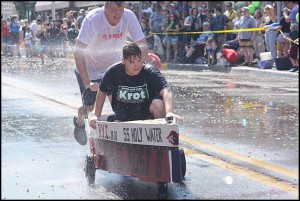 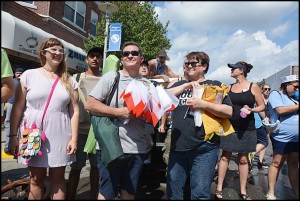 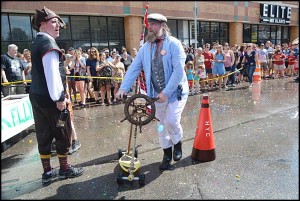 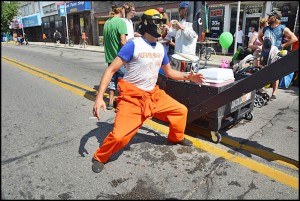 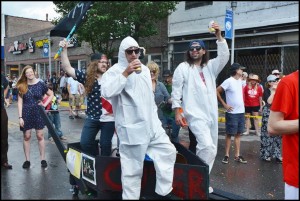 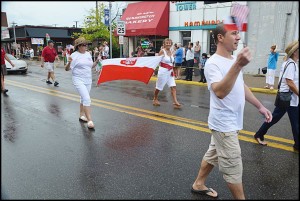 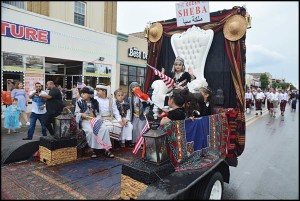 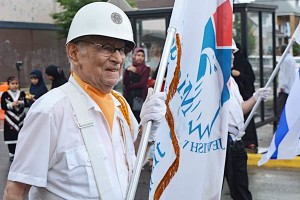 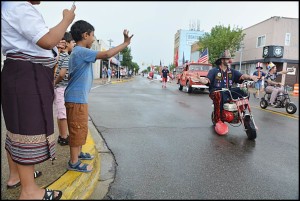 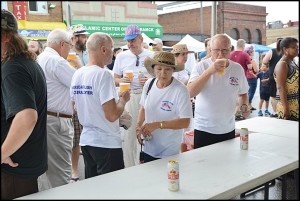 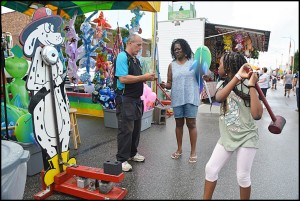 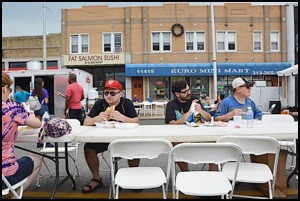 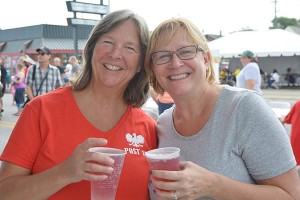