Despite what state says, mayor says there is no new housing coming 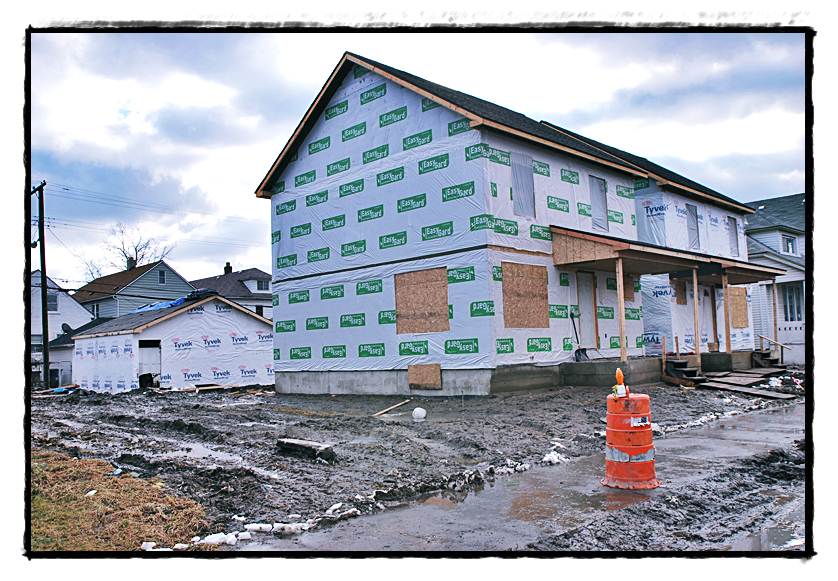 No, there is no new housing development on the way for Hamtramck, no matter what impression the Michigan State Housing Development Authority wanted to give earlier in the week.

First, let’s get one thing straight.

Hamtramck is not about to experience a brand new housing development project.

And even if it were to, it would not be the first housing plan in 40 years, which is what the Detroit News reported last week.

No, as it turns out, the Michigan State Housing Development Authority created major confusion among local media outlets in announcing that a new housing development project was underway to satisfy the settlement of a housing discrimination lawsuit that occurred over 40 years ago.

The state agency held a press conference on Monday in front of a new house that will soon be turned over to a grandson of one of the plaintiffs in the housing suit.

Mayor Karen Majewski, who was asked to speak at the event, did not have kind words for the state agency’s handling of the event and what it wanted her to say to the media.

“It was another photo-op for MSHDA,” she said.

Well. Let’s just say there aren’t many comments she made that we can print in a family newspaper.

She said the agency wanted her to say that Hamtramck officials of years past “destroyed the American dream” for the dozens of black families who were forced out of their homes by local politicians under the guise of ‘urban renewal’.”

Judge Damon Keith, one of the first federal African-Americans appointed as a federal judge, said in his ruling on the so-called development, which targeted a largely African-American neighborhood, that it was more like “Negro removal.”

The city was ordered to build 200 new houses for those who were unjustly displaced.

But there was one giant snag. There was no money to build the houses. Federal money that had been flowing previously for similar developments had long dried up.

So, for years local officials bickered with the attorneys for the plaintiffs, and one plan after another was shot down.

That is until a new local administration came in and recruited the help of Wayne County development officials, and then things started moving.

And then the Obama administration started releasing money into communities to juice up the economy, get projects going and put people to work.

For several years, there has been one spurt after another in the building of new houses or rehabbing existing houses here in town. Plaintiffs, at least those who are still alive, and their descendents have been given first dibs on the housing with generous financial assistance.

Two hundred houses have been built or rehabbed at a cost of about $50 million.

Majewski said the news conference was basically a bunch of puffery by the state, and a way to “restate all the programs in the past.”

City Attorney James Allen said it is likely that Judge Keith, although retired, will sign off on the discrimination lawsuit once and for all come this February.