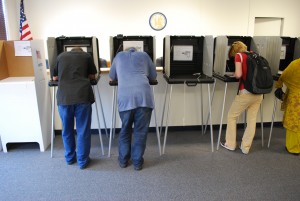 Tuesday’s Primary Election has turned out to be an historical day for Hamtramck.

Judging by the results, the city’s Bangladeshi community has moved from the fringe of Hamtramck’s political scene to being a major player. The three Bengali candidates running for mayor were the top vote-getters.

Their success came at the expense of Councilmember Scott Klein, 0who failed to make the six-person cut for the November Election. Councilmember Alan Shulgon’s re-election bid also appears to be in trouble. He finished seventh out of eight.

Mayor Karen Majewski will likely face a tough, neck-to-neck race with challenger Abdul Algazali. She finished 179 votes ahead of Algazali.

Algazali, a Yemeni-American, decided not to seek re-election to council. If he can attract the 524 votes that went to Akm Rahman, a Bengali-American, he could very well end up being Hamtramck’s next mayor.

Voter turnout for the primary was one of the largest in recent memory. Over 2,400 voters turned out. A primary election usually attracts anywhere from 1,100 to 1,500 voters.

The increase in votes is being attributed by political observers and candidates to the growing Bangladeshi community. That community appeared to vote along ethnic and religious lines.

To the non-Bengali community, there was shock. Mayor Karen Majewski said she was surprised that her challenger ended up being Algazali, who has up to now been a marginal candidate.

“He was not my first guess or my second guess,” Majewski said of Algazali’s second-place finish.

The mayor was upset that Councilmember Klein will not be re-elected. She said he heads up several committees and was going to host an important regional government meeting in 2010.

She said those connections are now lost.

“There are going to be a lot of repercussions,” she said of Klein’s loss.

As for her chances in November, Majewski said she’s feeling confident.

On election night, Algazali said, “It’s a great day. A change is coming to Hamtramck.”