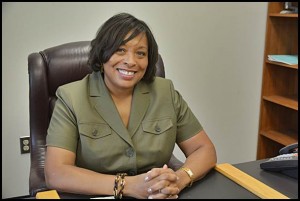 Hamtramck city employees and property owners are going to have to give up a little to turn the city’s financial situation around.

Emergency Manager Cathy Square released her “Emergency Financial and Operating Plan” for the city on Wednesday, and in it she details what cuts she proposes as well as a one-time only property tax increase to get up to speed on money owed to the employees’ pension program.

First the bad news for property owners: Expect to pay an extra 7.25 mills on this winter’s tax bill.

For the average homeowner, that will amount to $150. The tax will raise a needed $1.2 million to make the pension fund sound.

But here’s something that should ease the pain: Four tax mills are coming off the tax bill because a basement flooding lawsuit award has been paid off. In total, property owners will only pay an additional 3.25 mills compared to the last few tax bills.

Another sensitive area is job layoffs in the police and fire departments. However, there won’t be any actual job losses since several positions in the departments have been left vacant.

Square said she was sensitive to what residents and community leaders told her they wanted, and in preparing the plan decided to keep the police and fire departments instead of merging with another community.

“The things that are in the budget are the things the city indicated it wanted,” Square told The Review.

Several city employees and contractors will be let go in the plan as Square is proposing to outsource code enforcement and the Income Tax Department.

“This is all of us working together and sacrificing,” Square said of the cuts and proposed tax.

One thing that won’t happen, Square said in the report, is the city filing for bankruptcy.

The city has a $3 million budget deficit. The savings outlined in the financial plan will total $4.7 million by the time everything kicks in – which should be in about a year.

“By the time I leave, you won’t have a deficit,” Square said.

Here is a snapshot of the proposed budget savings and revenue increases made by Square:

10 percent salary cut and elimination of various financial perks for the fire and police departments: $847,000

Eliminate dental, optical and life insurance for employees and retirees: $176,000

Square left room to further tinker with restructuring the police and fire departments, depending on how contract renegotiations go with the unions.

“Parts of it are distressing,” she told The Review.

In particular, she was concerned about eliminating the DDA director, saying it could jeopardize programs in place.

She also objected to slashing city employee jobs because many of those employees live in the city and invest back into it. Plus, she said, “It’s going to dismantle city government.”

Square defended outsourcing jobs because compared to years ago, there are many companies and private contractors now available who specialize in providing these services.

“It used to be only governments did this kind of work,” she said.

“I just want to make sure what comes out of this one year from now makes us stronger,” she said.

The public is invited to weigh in on the plan at a special town hall meeting with Square that will be held next Wednesday, Aug. 21, at 10 a.m. in the City Council Chambers (which is located in the second floor of city hall).

Square will also be making a presentation on her plan.

One Response to EM releases financial plan for recovery