Festival was not only fun, it was a money-maker 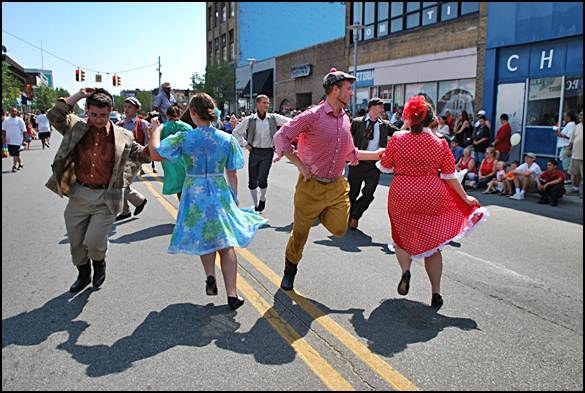 Here’s something we can all celebrate.

Oh wait, we kind of already did that during Labor Day weekend, but what the heck, let’s crack open a beer anyway.

What’s all the fuss about?

The Hamtramck Labor Day Festival made a nice little profit of $4,546.

Considering the festival was put together at basically the last minute – OK, there were several weeks to organize after the DDA bailed out because it had no money to put it together – that’s an amazing accomplishment.

After the DDA stepped down, two organizers came forward to carry on the tradition, which started back in 1980. Shannon Lowell and Konrad Maziarz agreed to organize the festival after receiving a nod of approval from the city council, although a promise to cover any losses was vague at best.

Lowell said before the festival took place that the plan was to streamline things, cut down on the band budget and concentrate on the good stuff: Local music, beer, food and an entertaining midway.

Plus, there were some major crossing of fingers that Mother Nature would abide, and abide, like “The Dude,” it did.
Sunny gorgeous weather, not too hot, and some really fun and interesting music filled the festival grounds.

Maziarz was happy to report to the council that there would be no need to kick in money for police service.

“The festival is completely covered,” he said.

Lowell said he and Maziarz hope to stay at the helm for another three years, at which time the festival should be in a position to “fund itself.”

If there was any downside, it was a dispute festival organizers had with the firefighters over how much their booth earned. Lowell said the firefighters should have kicked in at least $1,000 above what they paid to cover expenses, according to his calculations.

The firefighters disagree, saying they paid what was owed. Bill Diamond, the president of the Firefighter’s union, pointed out that some of the money the union earns during the festival goes to the MDA fundraiser.

This isn’t the first time festival organizers and the firefighters have clashed over expenses and profits and what’s due.

The firefighters pulled out of the last two years of the festival due to a disagreement over financial arrangements.