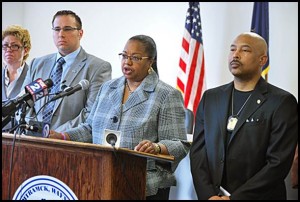 In a stunning development, Wayne County Prosecutor Kym Worthy announced this morning in a press conference held in Hamtramck City Hall that five men are being charged with the murder of two Hamtramck women.

Included in the murder charge, all five are also being accused of torture.

It was initially believed that only two men were involved the kidnapping and murder of Abreeya Brown, 18, and Ashley Conaway, 22.

The original suspects are Brian Lee, 25, and Brandon Cain, 26. They have also been charged in a separate shooting incident involving the women.

The women’s death stems from Conaway breaking up with Cain. In retaliation, either Cain or Lee fired a shot at Conaway as she was driving away from him. She was grazed by a bullet in that matter, but not seriously injured.

After the shooting, and awaiting criminal charges, Cain attempted to pay off the women in exchange for their silence. The women refused, Worthy said, “and paid for it with their lives.

Also charged in their murder are Miguel Rodriguez, 24, Reginald Brown, 24, and Jeremy Brown, 19. Reginald and Jeremy Brown are cousins but are not related to Abreeya Brown, which one media outlet initially reported in error.

Worthy said that all of the suspects who are believed to be involved in the case have been arrested.

Worthy would not go into details about the case in order to protect the witnesses who have stepped forward. However, Worthy said details will come out during upcoming court proceedings.

Perhaps a bigger question that has remained unanswered is why Cain and Lee were not immediately arrested and placed in jail after the initial shooting, which occurred on Feb. 8.

The women were then forced into the trunk of their abductors’ car. One of the women text-messaged while in the trunk a relative to say they had been kidnapped and who did it. About an hour after the text, the women were not heard from again.

It took weeks before police investigators found the women, buried in a shallow grave in a park on Detroit’s west side. Both women were shot in the head.

Garbarino said this case was unusual for Hamtramck.

“Cases of this magnitude don’t happen in the City of Hamtramck, and we are all saddened that this occurred and deeply sympathize with the families,” he said in a press release.

“This case represents many of our fears when it comes to vital witnesses in a case,” she said in a press release. “These women were heroic. They refused to relent and let these defendants deter them from continuing on with their previous case, and they paid with their lives.”

One Hamtramck detective familiar with the case and speaking privately with The Review, described the defendants as “cold-hearted.”

In the same week that the women were kidnapped, another incident occurred in which three women were carjacked outside a bar during the Hamtramck Blowout and later sexually assaulted. The suspect in that case was apprehended and is facing life in prison if convicted. 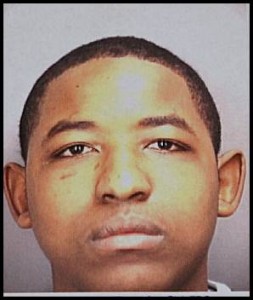 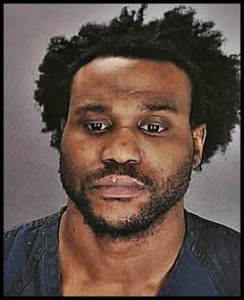 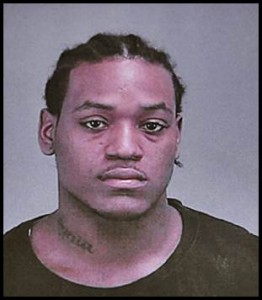 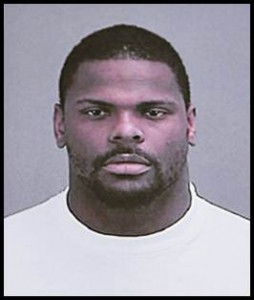 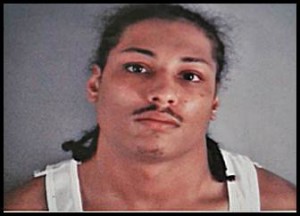