For one day, kids got to play cops and firefighters 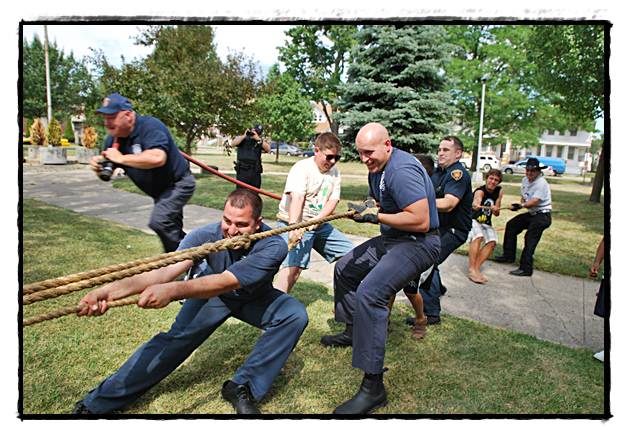 Firefighters get some helping hands in their tug of war against police officers at last Saturday’s Public Safety Day. Better luck next year fellows.

Saturday’s Public Safety Day was the perfect place for a kid to be.

There were police cars on displays, with sirens wailing, and fire trucks that kids could climb on and even get behind the wheel of.

Kids also got a chance to play tug of war, and join in with police officers and firefighters in a match up (the cops won).

And if all that wasn’t enough, there was an inflatable bounce house they could horse around in.

All in all, it was a great way to spend a Saturday morning, and to get to know your police and fire departments.