For these teachers, there’s money in the budget 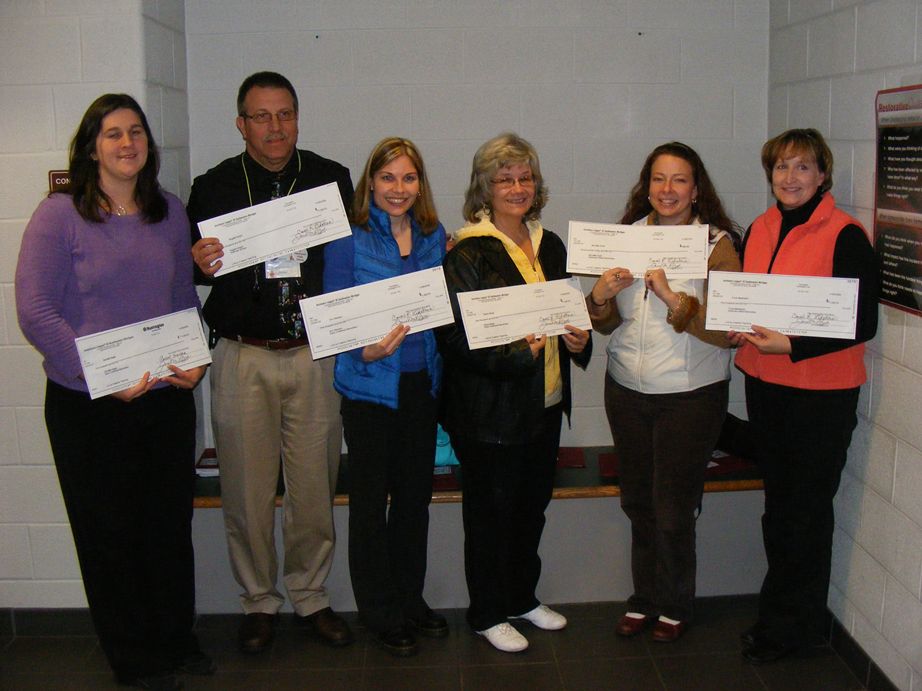 By Ian Perrotta
Review Staffwriter
Last Wednesday (Nov. 11) at the School Board meeting financial news was mostly grim, but for six Hamtramck teachers the news was grand- one grand to be exact.
They were each awarded a $1,000 grant from the Assistance League of Southeastern Michigan.
The grants were part of the “Links to Creative Teaching” philanthropic program. The program is geared toward providing funding to teachers in order to enhance existing curriculum or implement their own innovative lesson plans. The organization’s website states that “since 2002, approximately $155,000 in grants have been awarded to teachers in the Hamtramck, Mt. Clemens, Oxford, Pontiac, Utica and Warren Van Dyke school districts, enriching the lives of approximately 20,400 students.”
This year 18 grant proposals from Hamtramck Public Schools were submitted. At Wednesday’s Board meeting representatives from the Assistance League of Southeastern Michigan made the $1,000 awards official. Martha Bjorkman and Linda Tull, co-chairs of the committee, and Carol Omerod, who will be a liaison with one of the teachers, presented the grants to the six teachers with the most outstanding proposals.
Diane Alyea, a kindergarten teacher at Early Childhood Elementary, received a grant for her project “Can You Hear What I Hear?” to improve listening and comprehension skills of her kindergarteners. She is buying a sound system and microphones.
Ann Denison, a kindergarten teacher at Early Childhood Elementary, received a grant for her project “Developing Reading Skills through Technology.” She is purchasing an eight-position listening center and several books with CDs, as well as educational DVDs, to help her kindergarteners with language skills.
Tricia Maslowski, a fourth grade teacher at Dickinson West, received a grant for her project “The Integration of Writing and Technology.” She will be purchasing journals, flash drives, a portable sound system, and a digital camera. Her project will use a combination of technology and the writing process to produce an anthology with input from all of her students at the year’s end.
Michelle Scott, an art teacher at Dickinson West Elementary, received a grant for an ambitious project called “Integrating Writing, Art, Theatre Arts, and Technology.” She will be working with fourth, fifth and sixth grade students who will collaborate on a project involving three-dimensional art with fantasy screen writing, acting and film making. She will be purchasing sketch books, journals, acrylic paints, a flip video recorder, 75 pounds of clay, fabric and fabric paint for use in her project.
Angela Knight, a teacher at Holbrook Elementary School, is receiving a grant again this year for her project, “Creative Writing Club,” which meets weekly after school. The students work on creative writing and art which, culminating in the production of an attractive printed book for each of the student.
Danielle Nagle, a pre-kindergarten teacher at Early Child Childhood Elementary who also received a grant last year, won a grant for her “Active Learning is Balanced Learning” program. She will be using her grant funds to purchase balance beams, Sit & Tilt Saucers, large building blocks and balls to be used for the development of gross motor skills. The equipment will be placed in an activity room and can be used by all 298 students in the school.
The Assistance League of Southeastern Michigan is a non-profit organization comprised of volunteers headquartered in Rochester, MI. According to its website, the organization has the mission of “[improving] the quality of life for those in need of care, guidance and assistance through the development and implementation of philanthropic programs in Michigan.” For more information visit their website at http://tiny.cc/alsm.